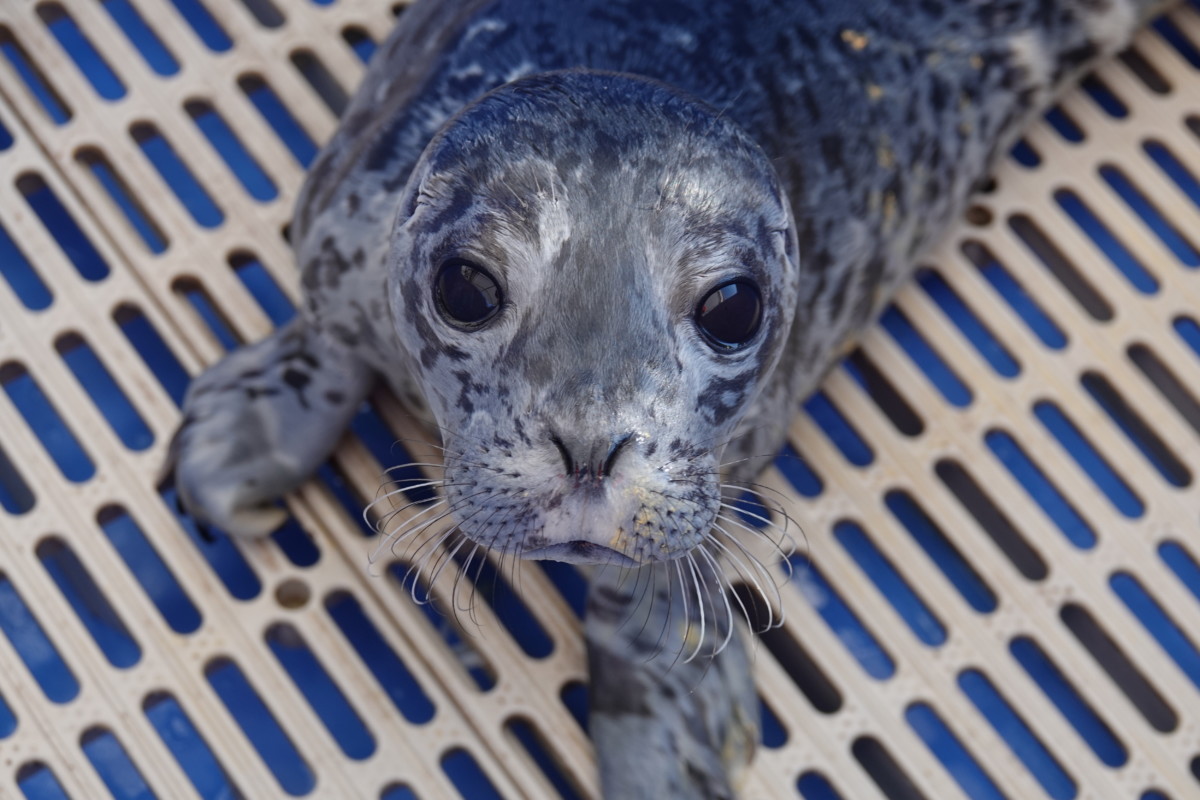 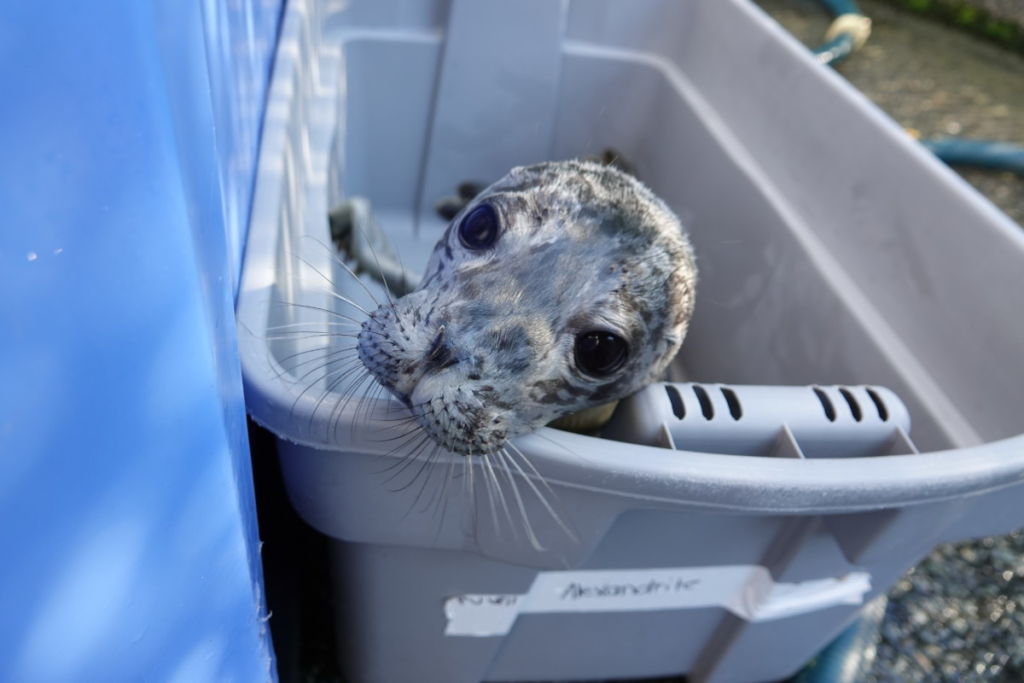 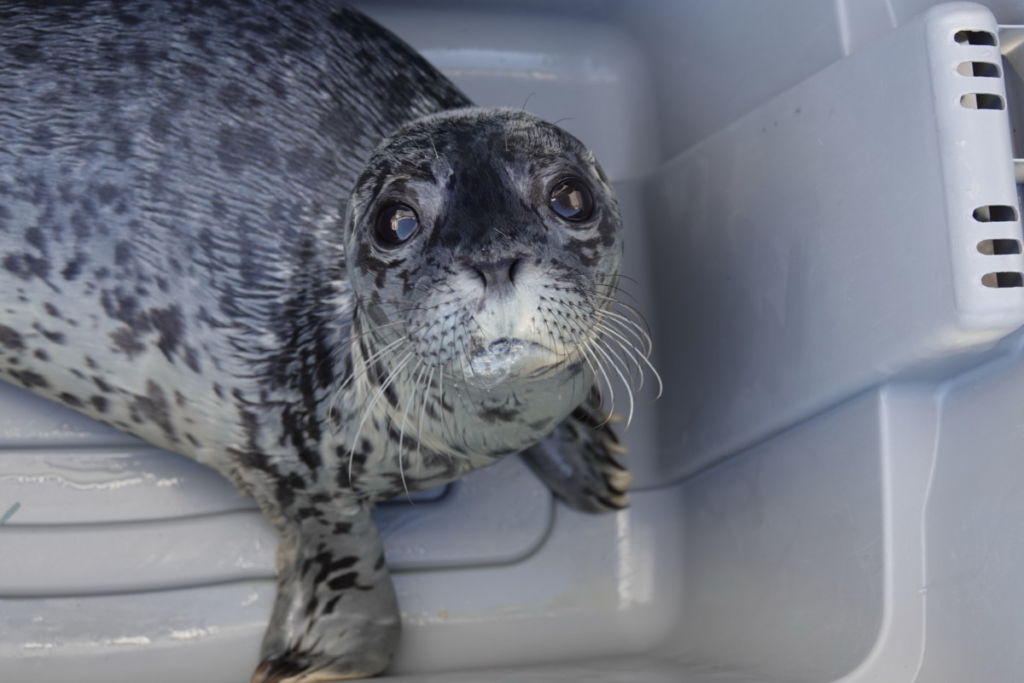 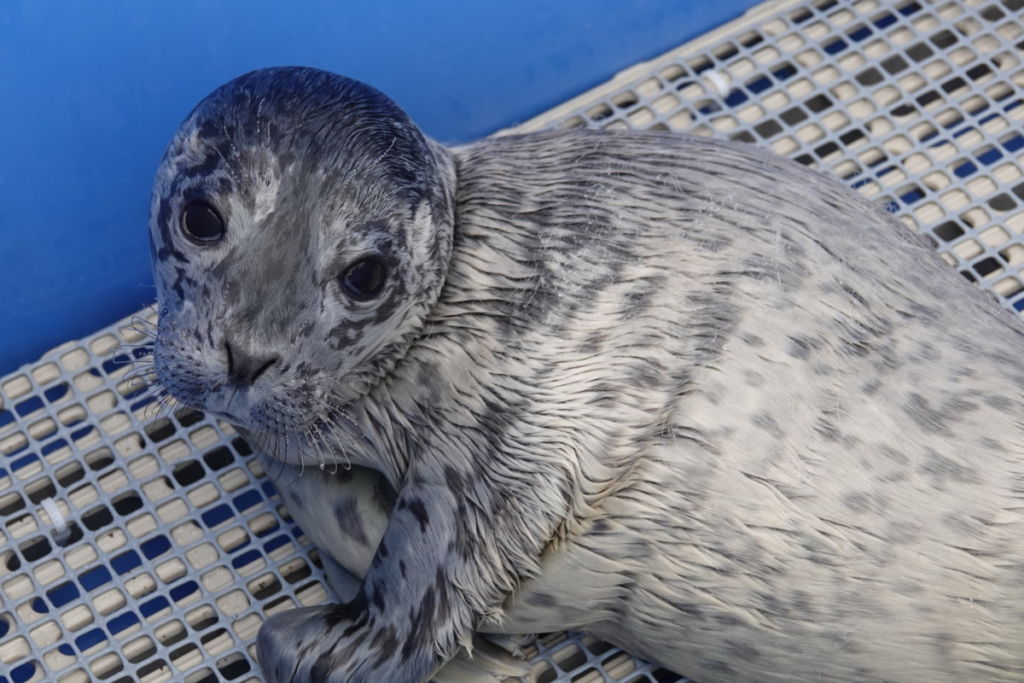 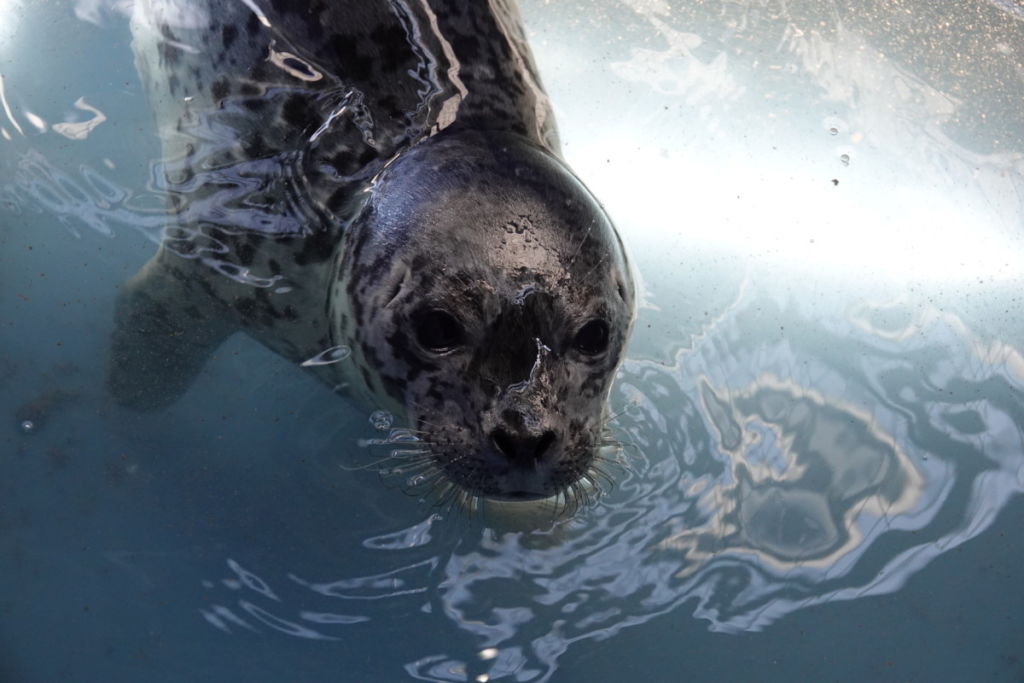 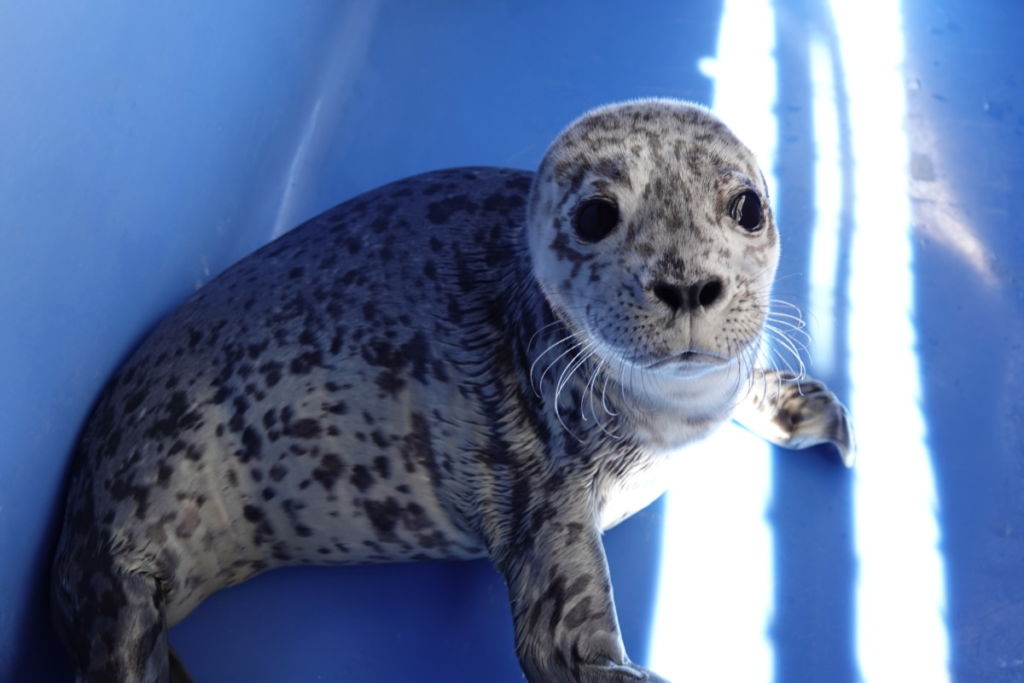 Alexandrite was released after 56 days in our care.

"Alexandrite was the last to leave his kennel! He hadn't even turned around to face the door by the time his buddy Banana Split had already disappeared in the waves. He stuck around with his buddies Pistachio and Tutti Frutti, and we could still see them together in the water for a while." 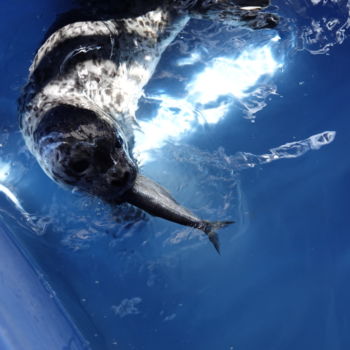 Alexandrite is so good at eating fish already, he's moved on to a pre-release pool! There, he'll learn how to compete for fish and socialize with other harbour seals.

If you would like to share a story about Alexandrite or leave any comments or well wishes, this is the place to do it.