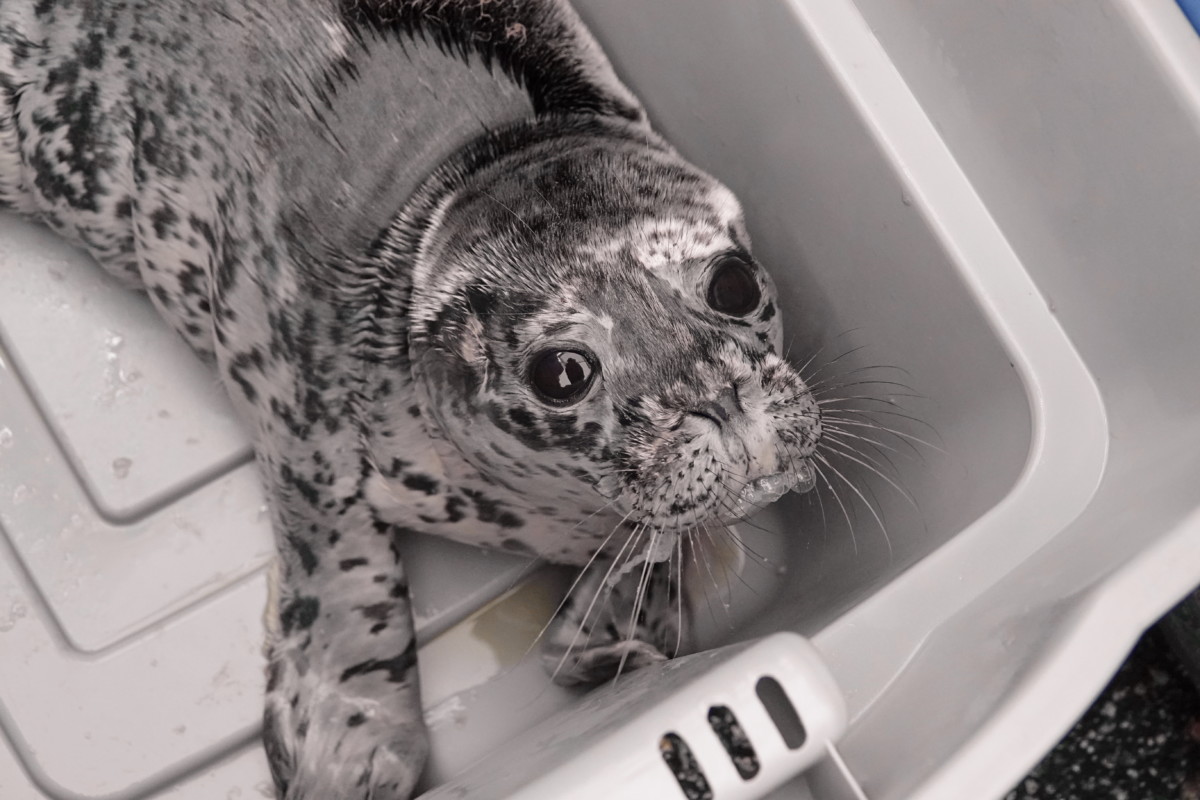 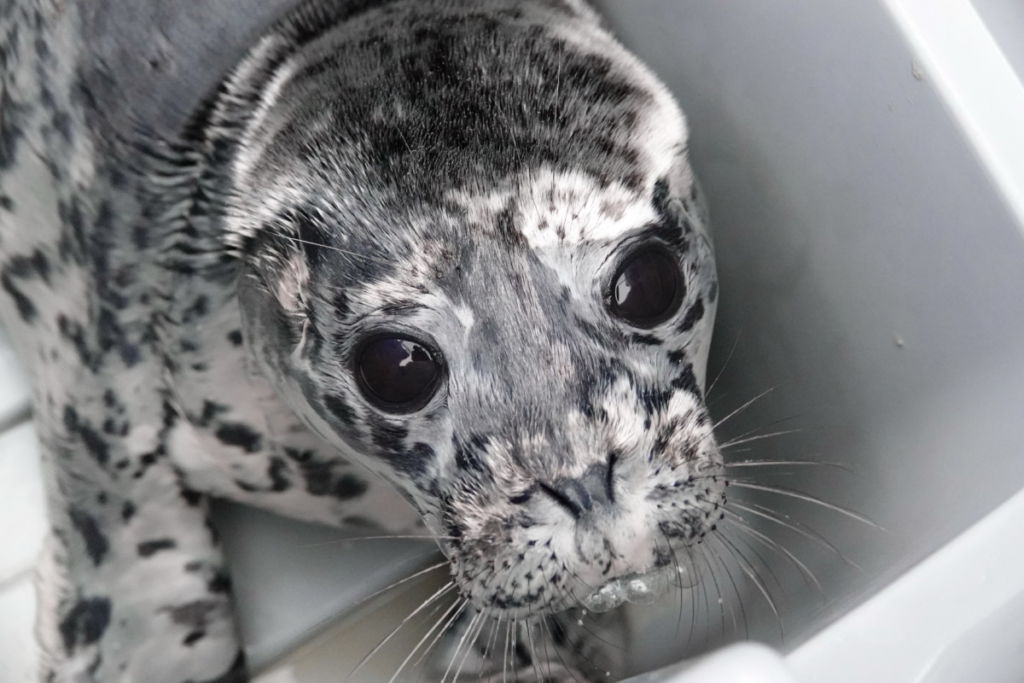 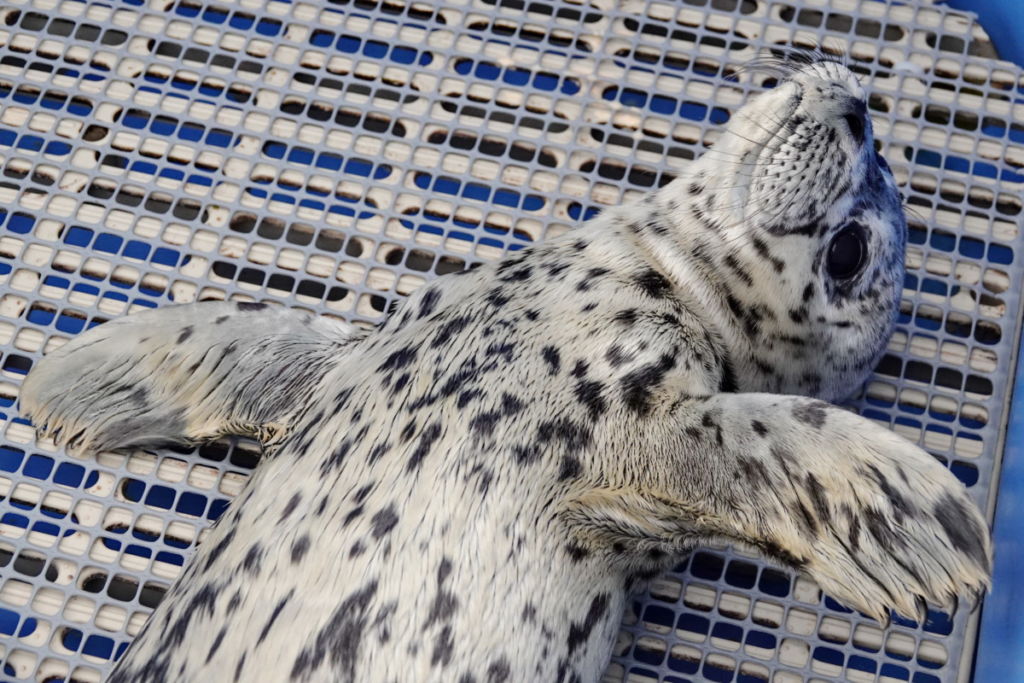 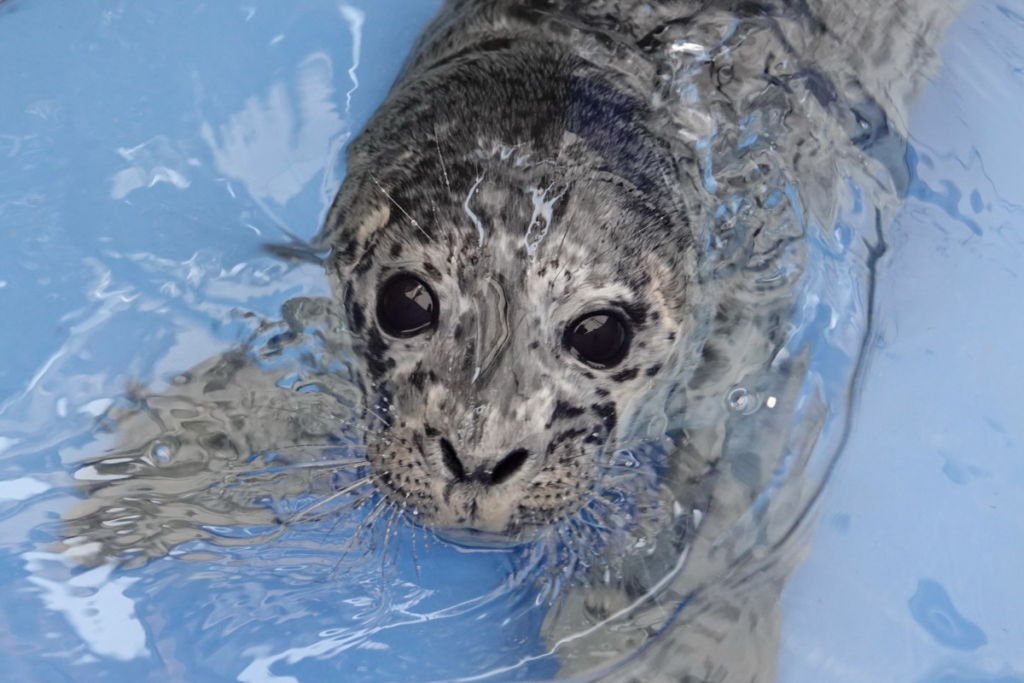 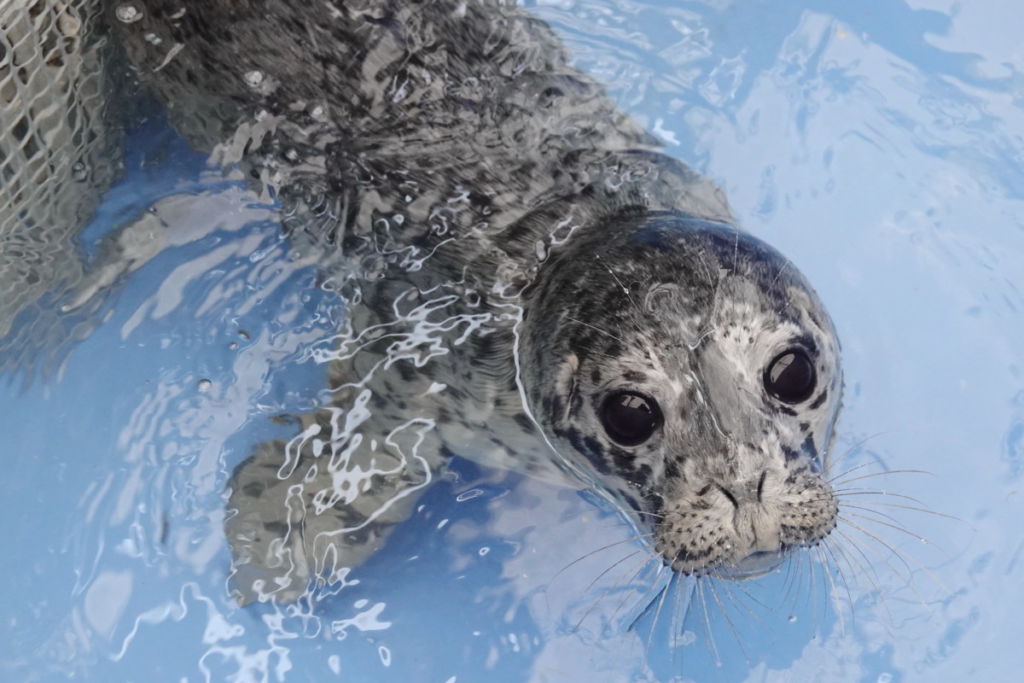 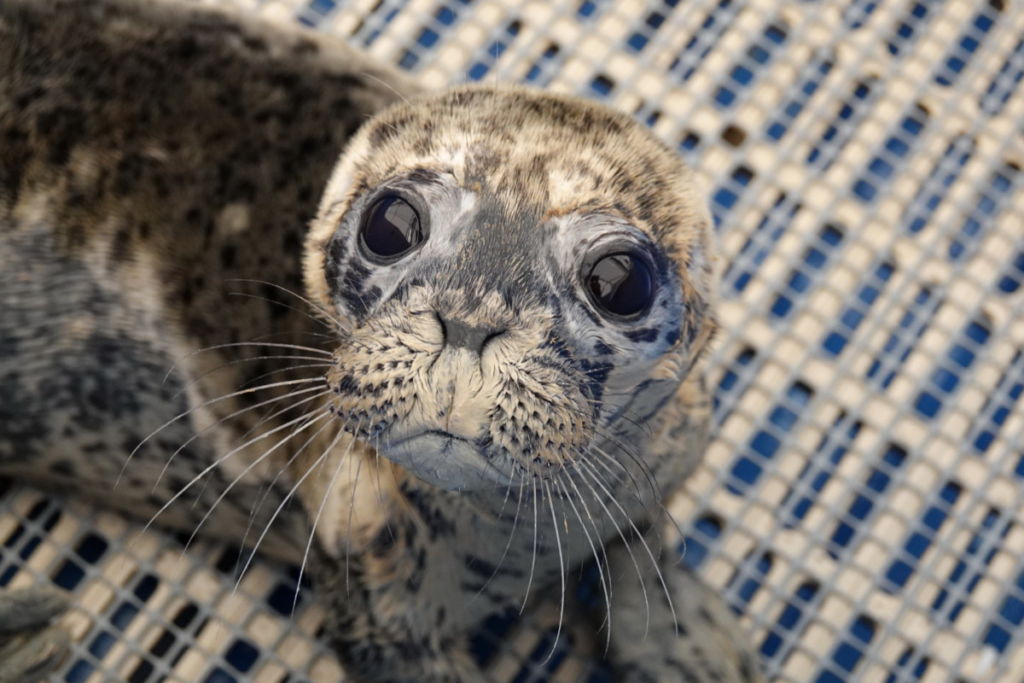 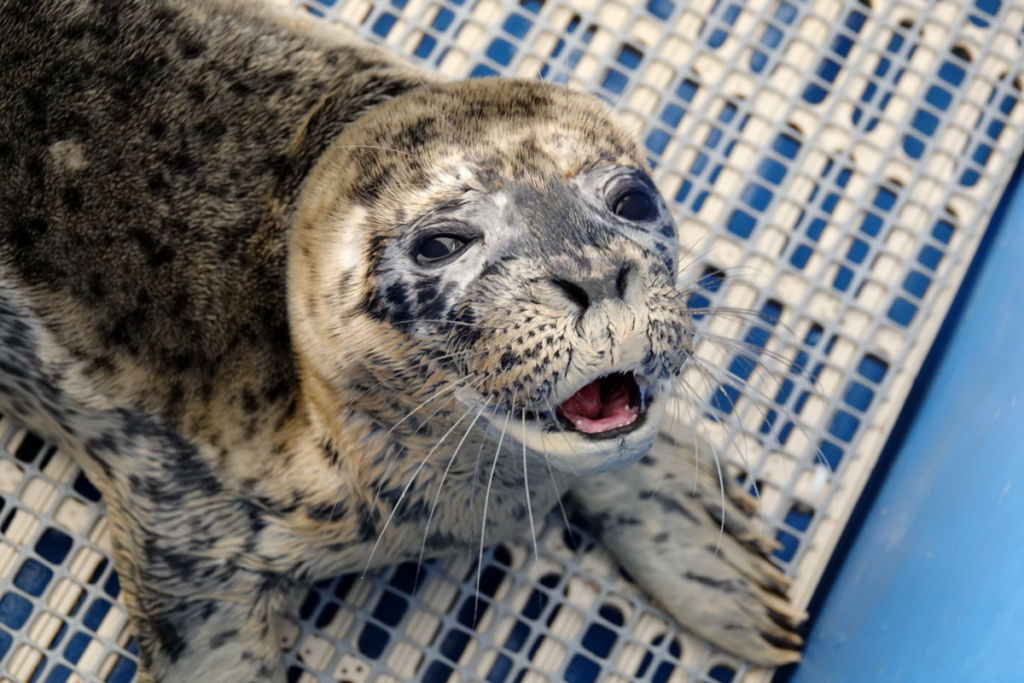 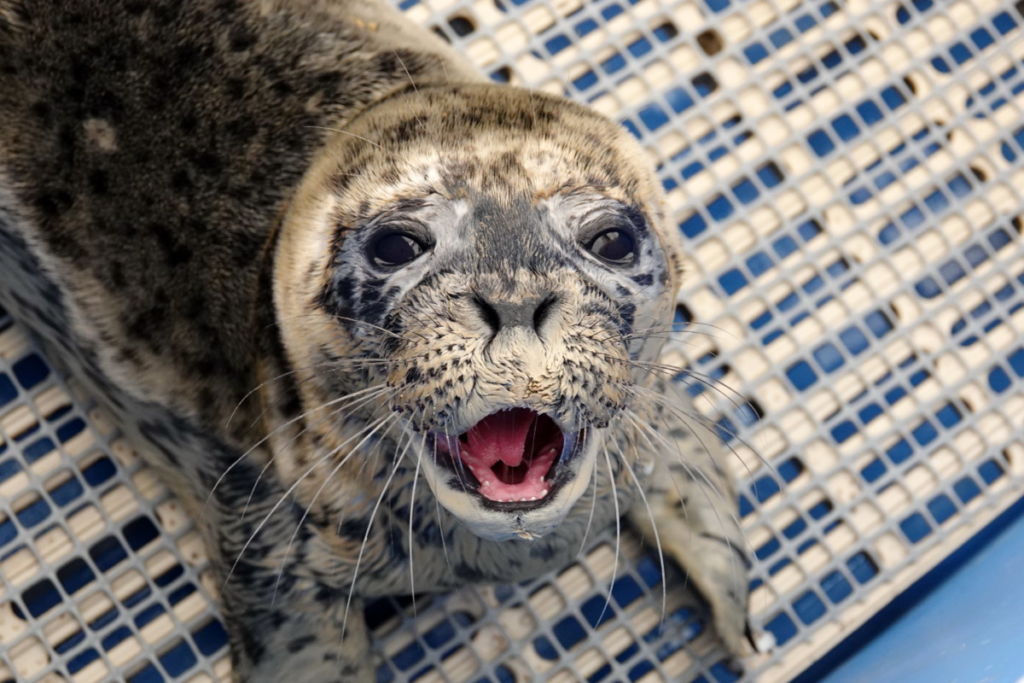 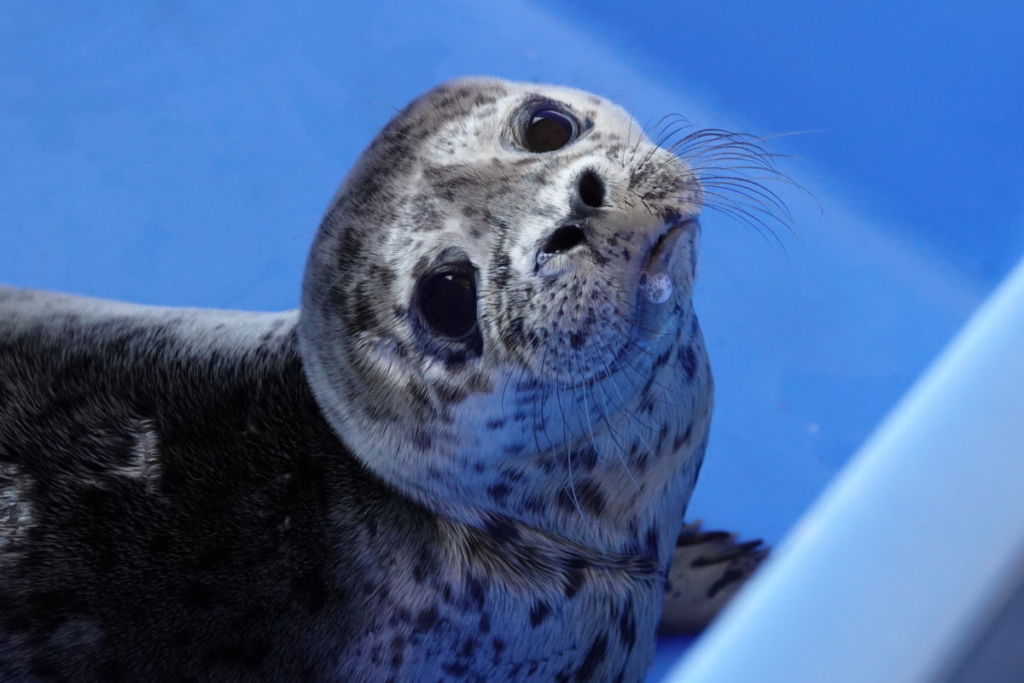 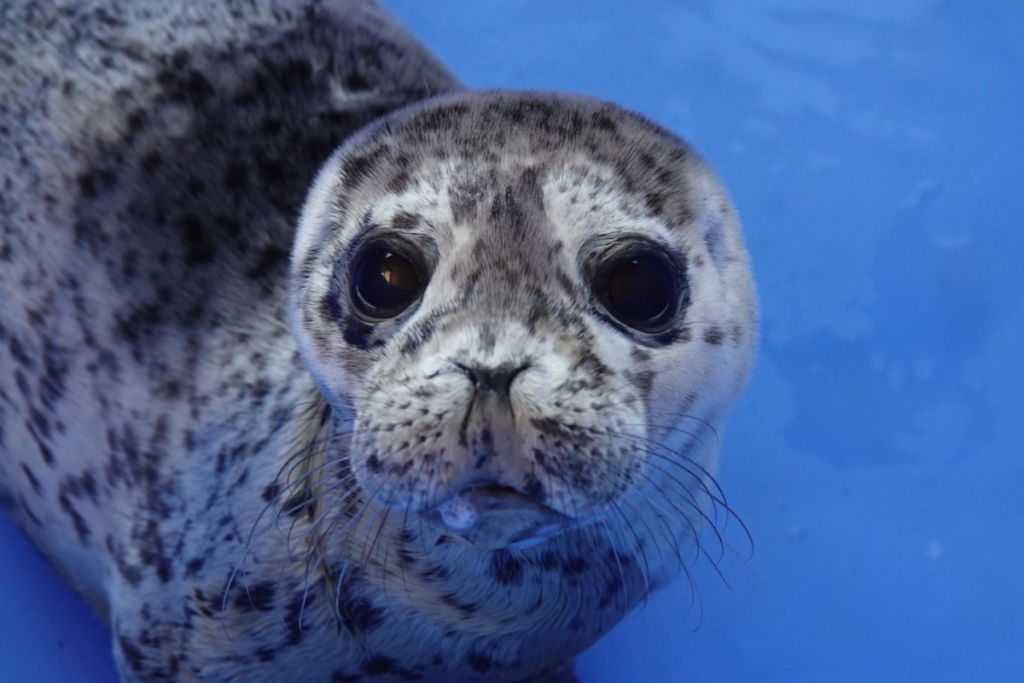 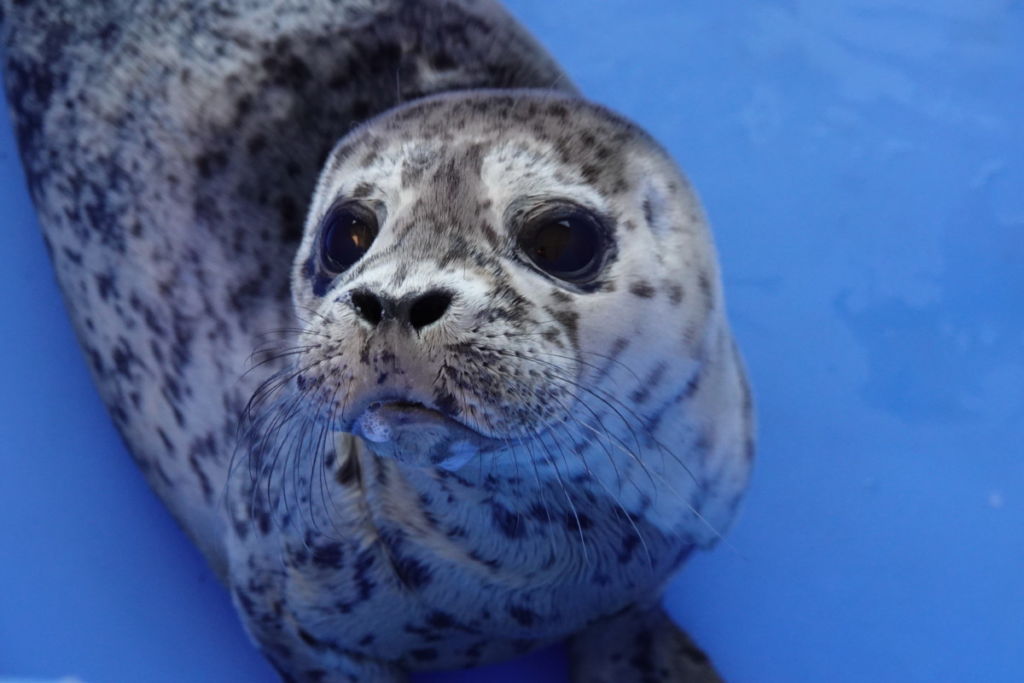 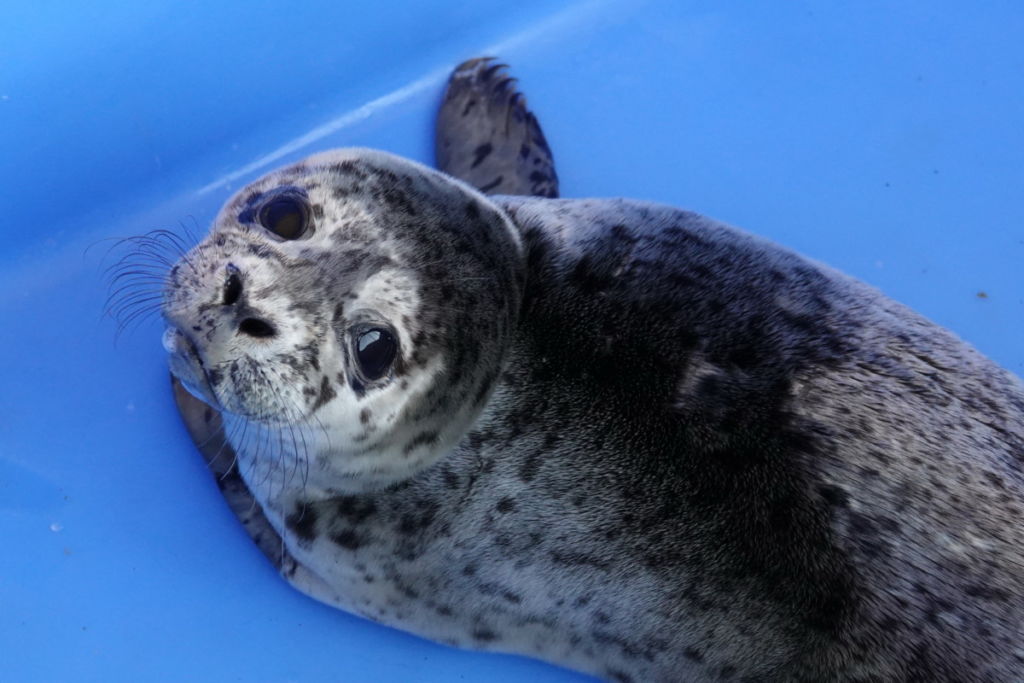 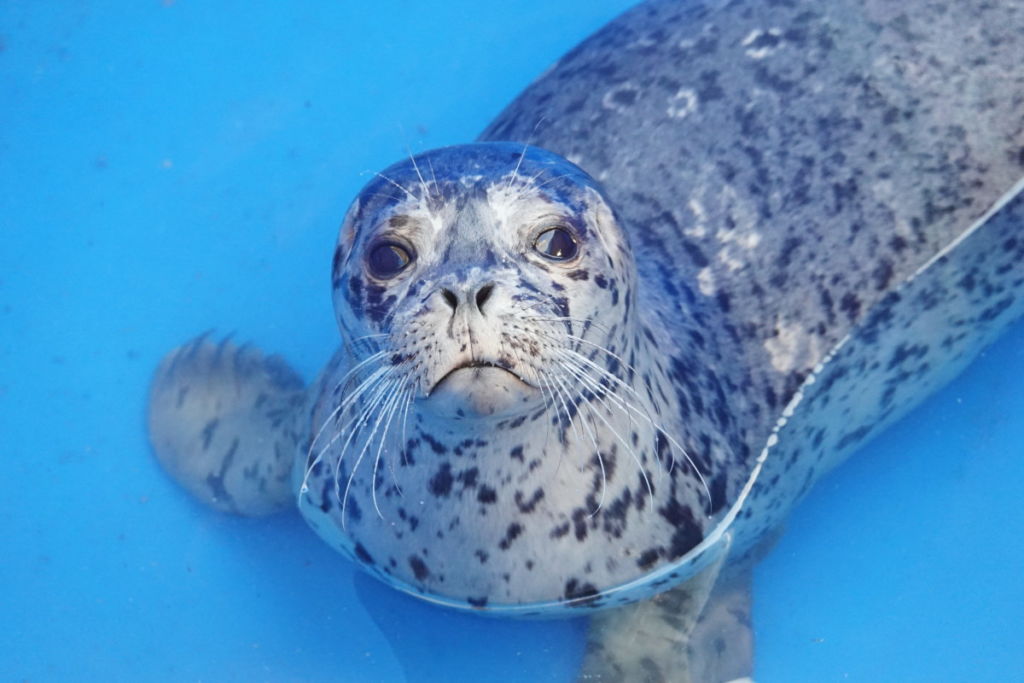 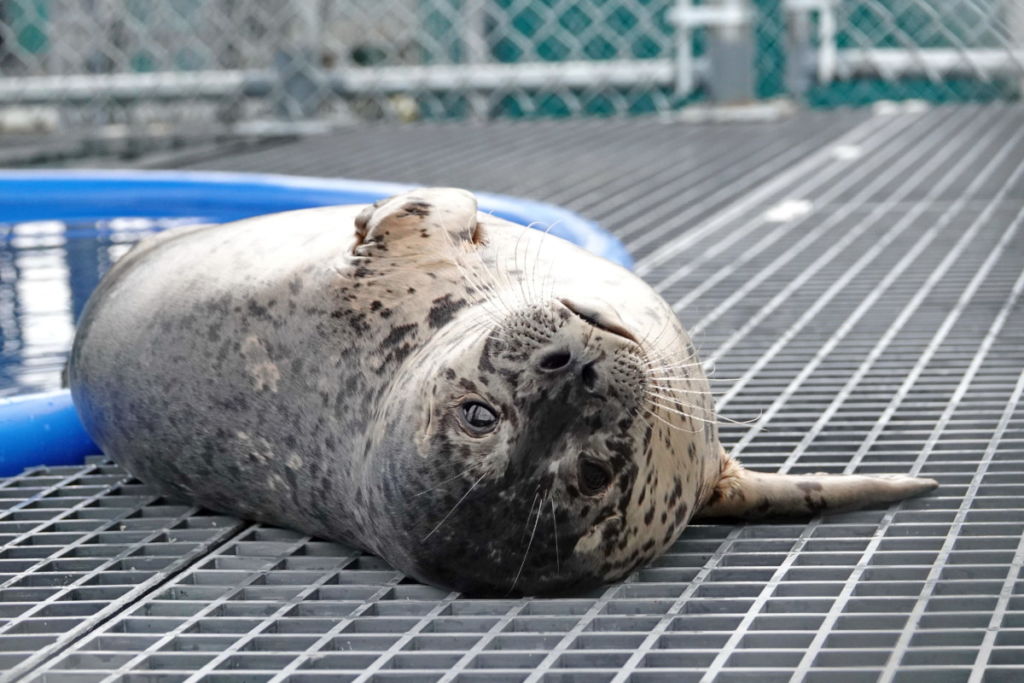 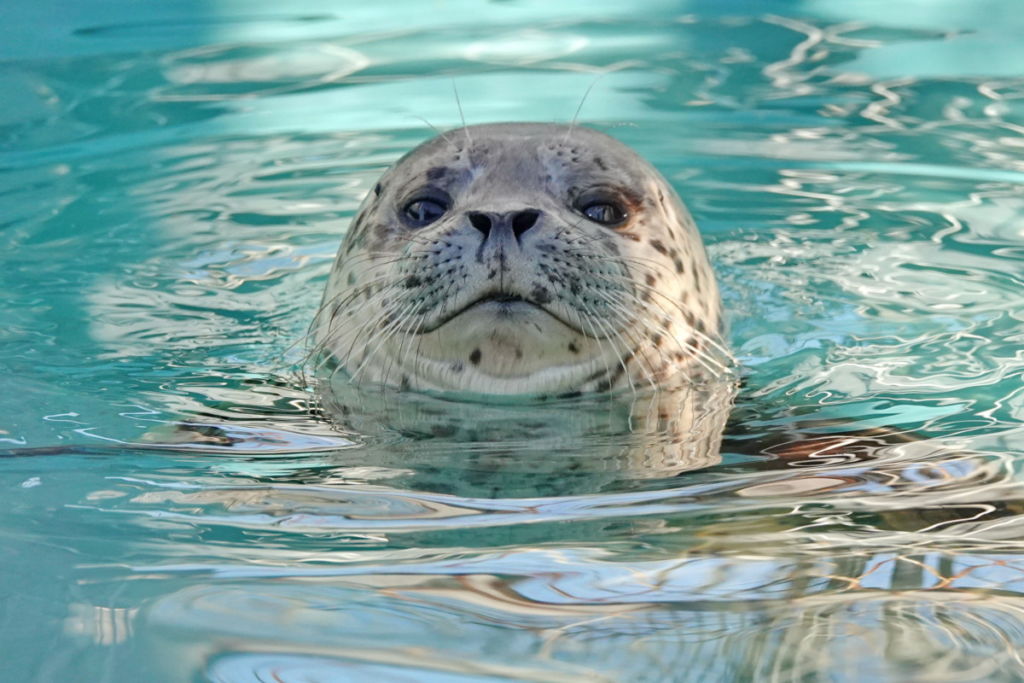 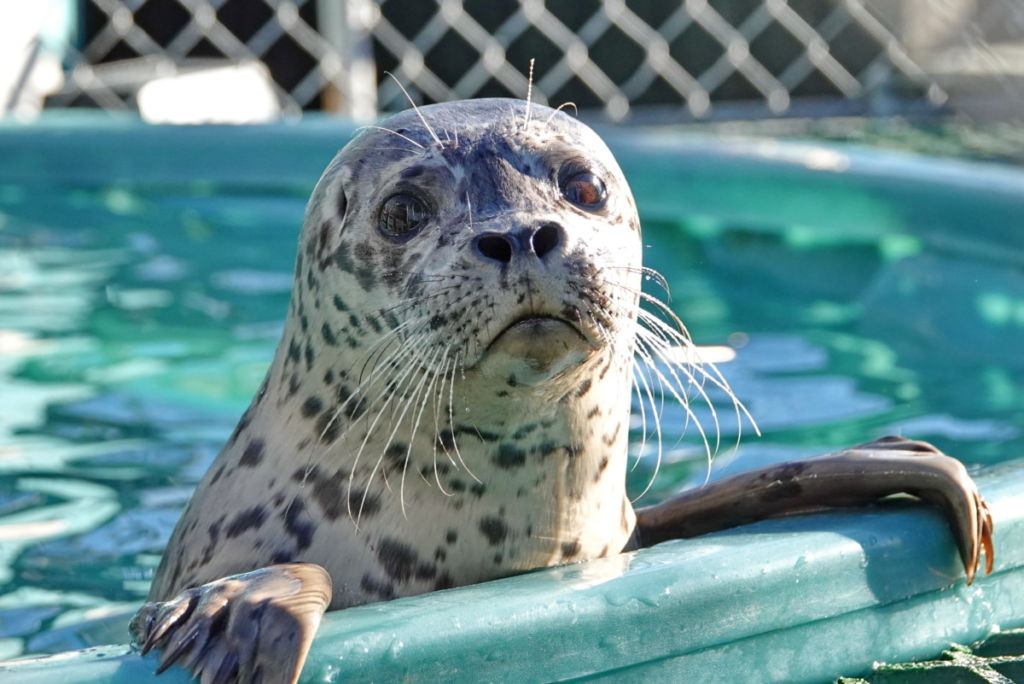 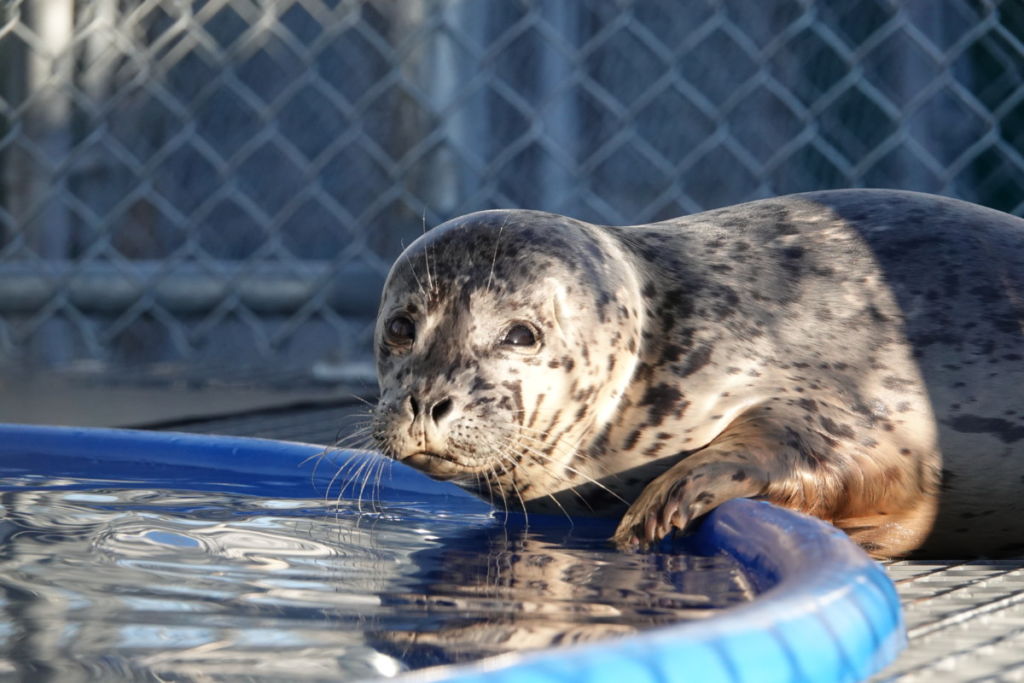 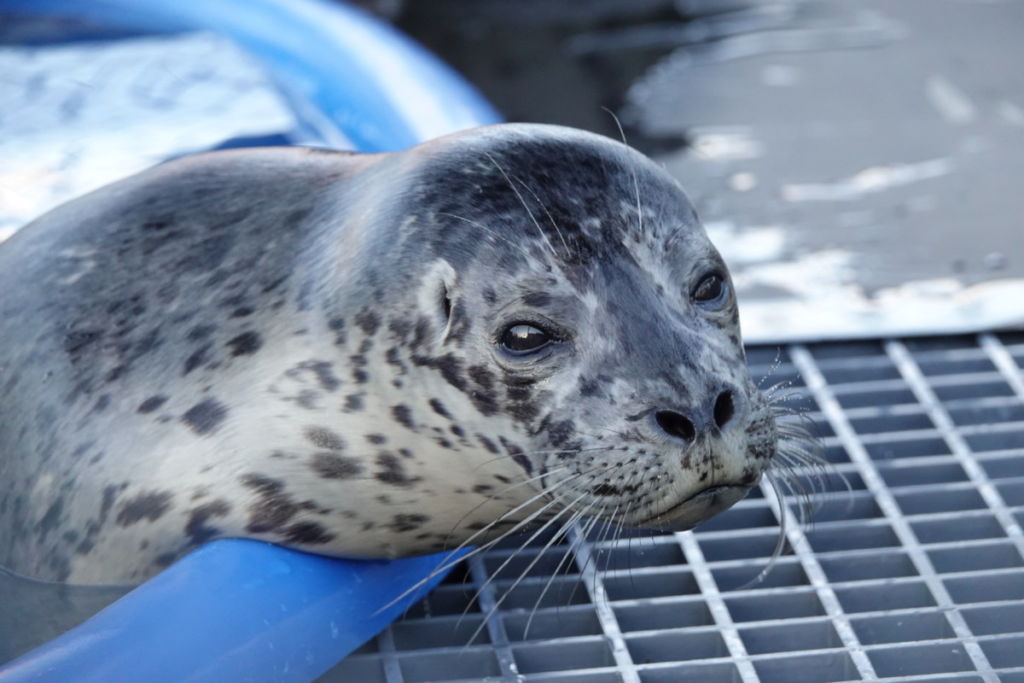 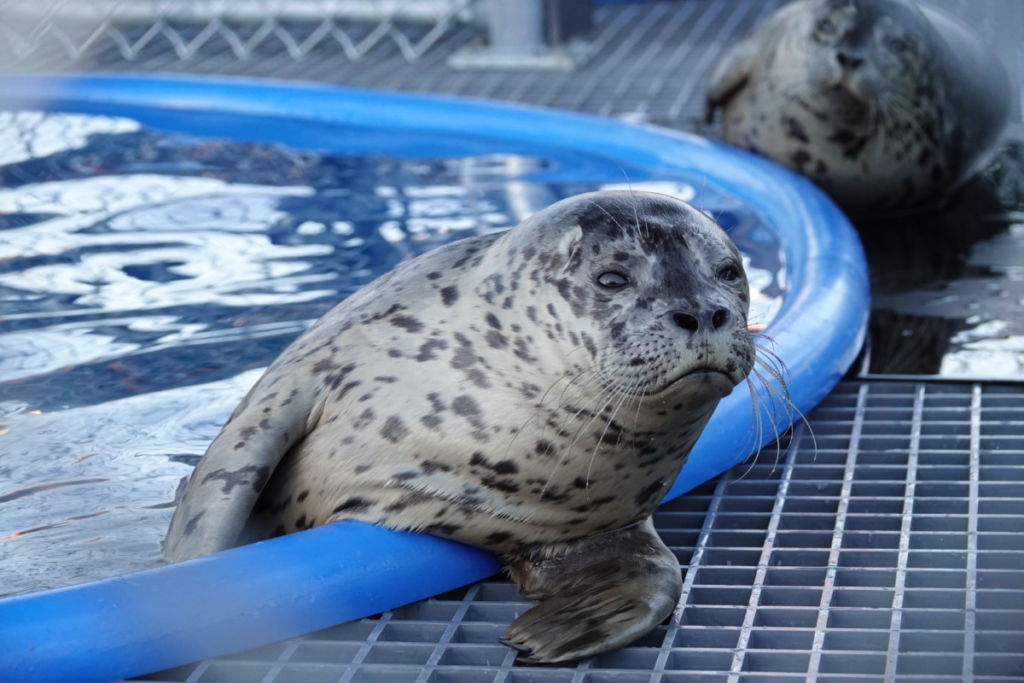 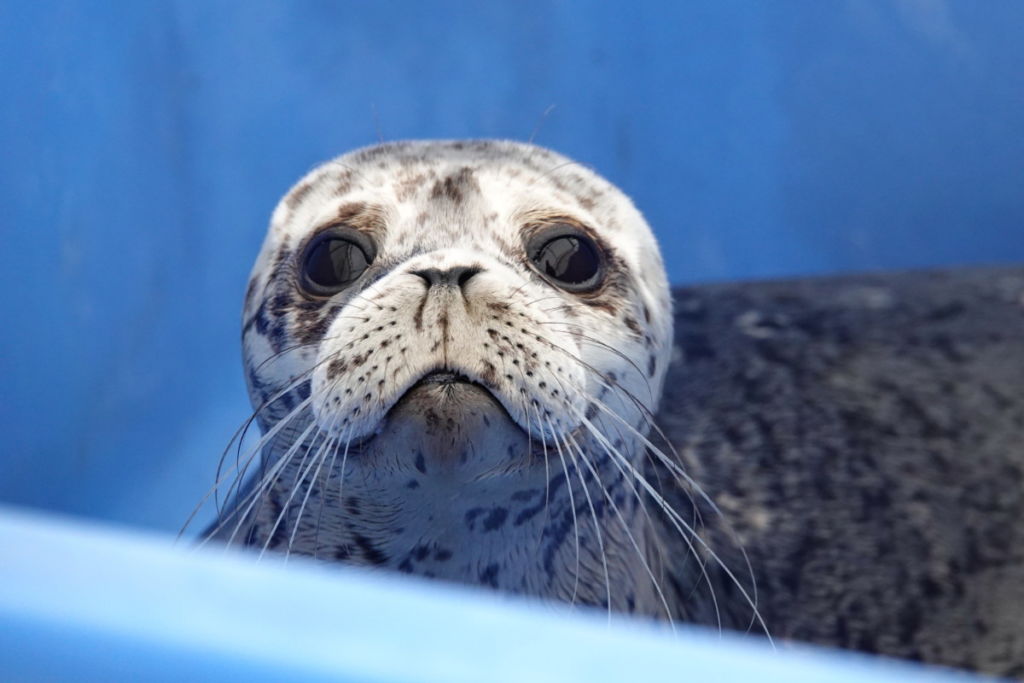 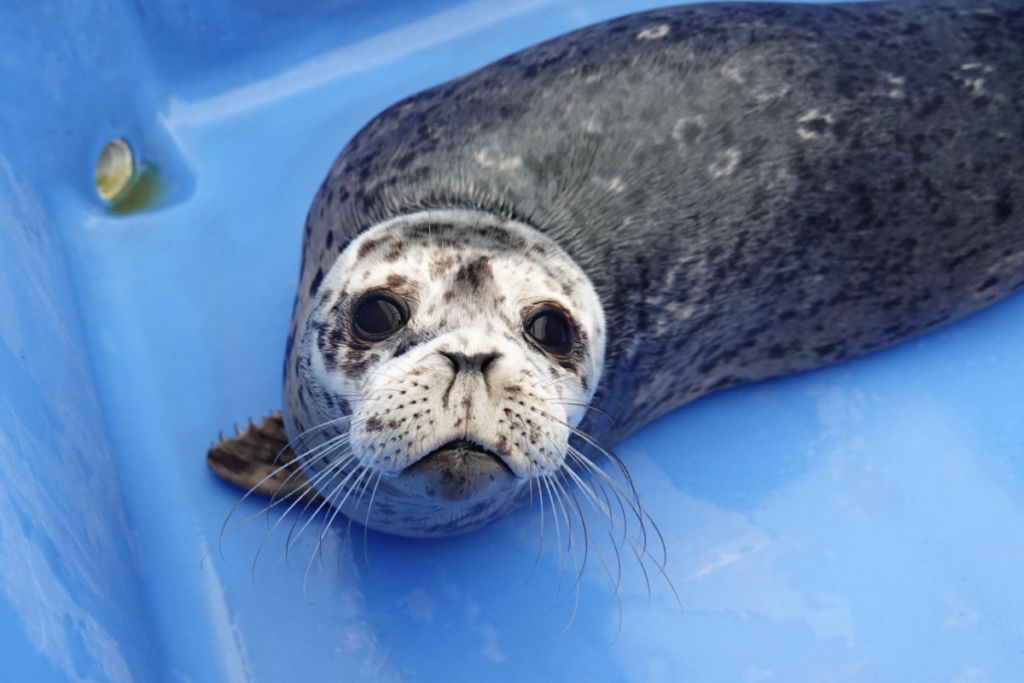 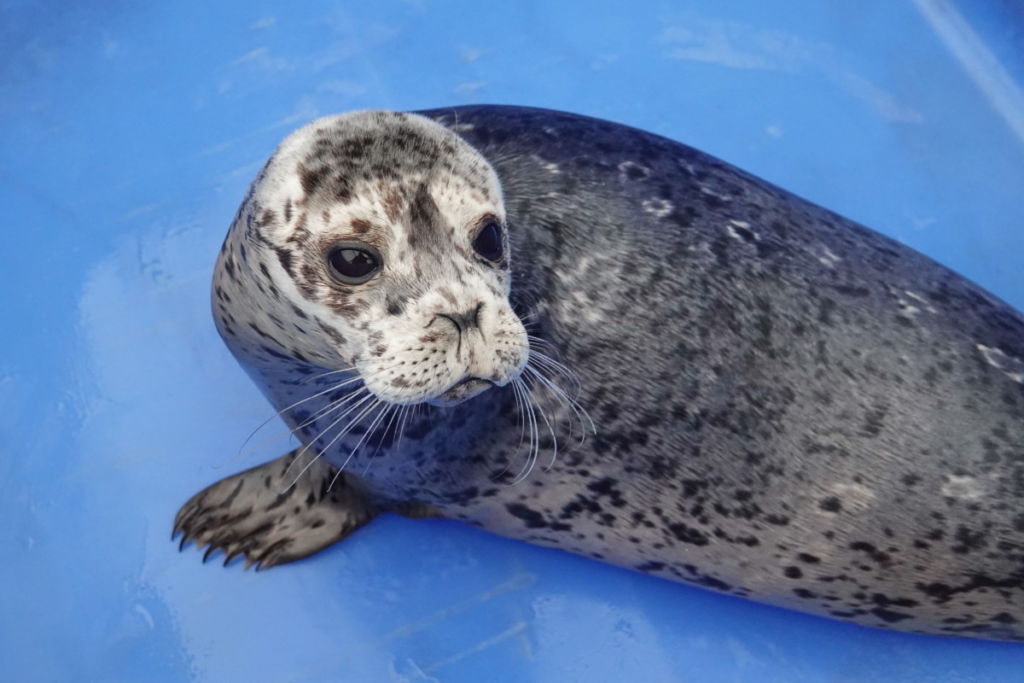 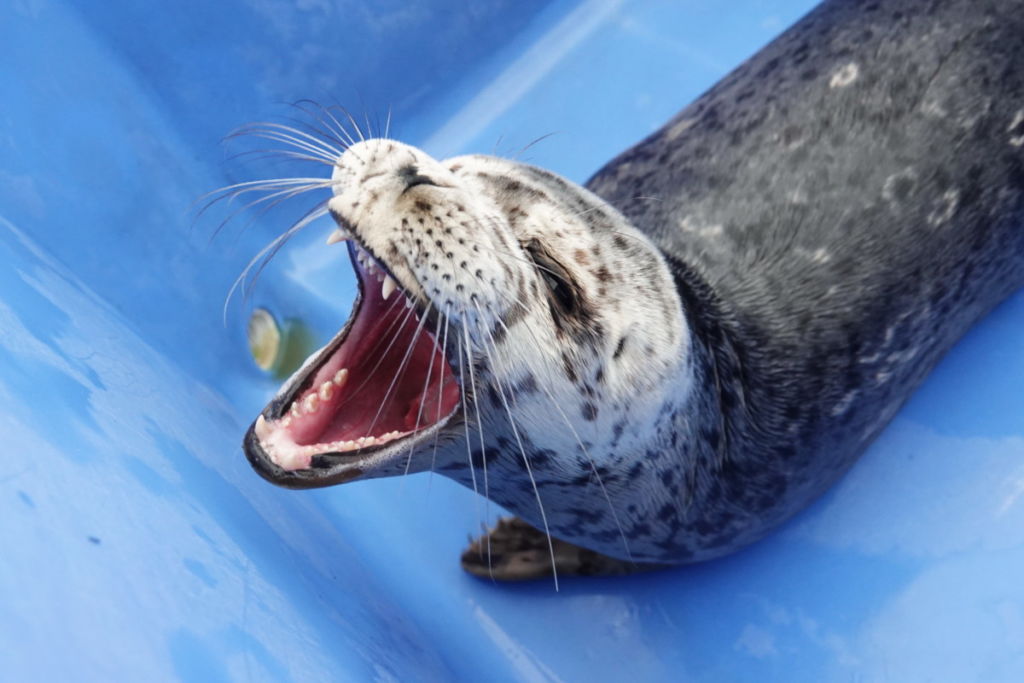 Thorite was released after 170 days in our care.

"Thorite was the last patient of the 2018 season to be released. He only hesitated for a moment before making his way straight for the ocean, where he swam up and down the beach, looked back a couple of times and ultimately made disappeared in the depths of Howe Sound. Good luck, Thorite!"

Thorite has been moved to the largest pool. He's got it all to himself!

Good news! Thorite is no longer receiving antibiotics and his appetite is improving. He’s gaining weight well and is currently eating 10% of his body weight in herring every day. 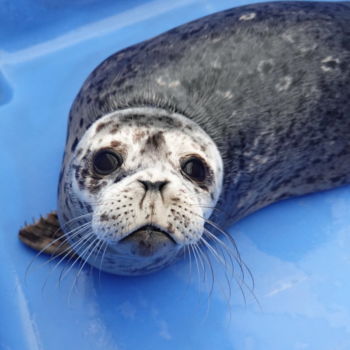 When we last checked in on Thorite, he had just been temporarily moved to a tub (it's been a while since we've seen him in one of those) to power-wash his pool. He looked good, was very alert. 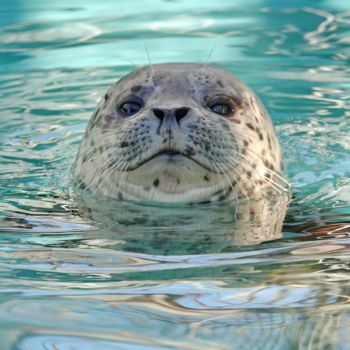 Thorite remains the only patient on site. He's had some health issues, but is responding well to treatment. You can do this, Thorite!

Thorite hadn't been well for a couple of days. He has likely been drinking saltwater, so he's still in "out of quarantine" and currently restricted to freshwater baths.

Thorite is eating fish on his own! He spent the looooongest time in "out of quarantine", waiting to be moved to a pool. And now that he can finally eat on his own, it's only going to be a few short days before he gets to test his new skills in a real pool ─ with actual competition! Well done, Thorite!

If you would like to share a story about Thorite or leave any comments or well wishes, this is the place to do it.