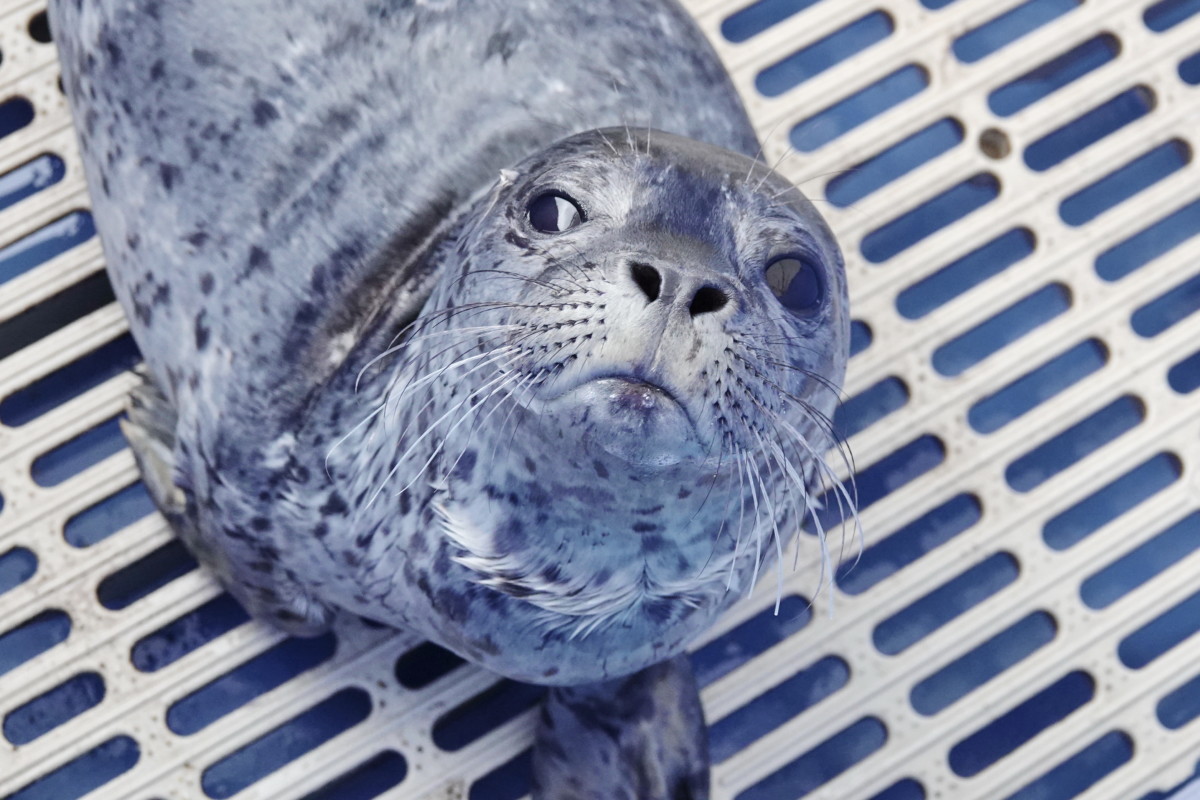 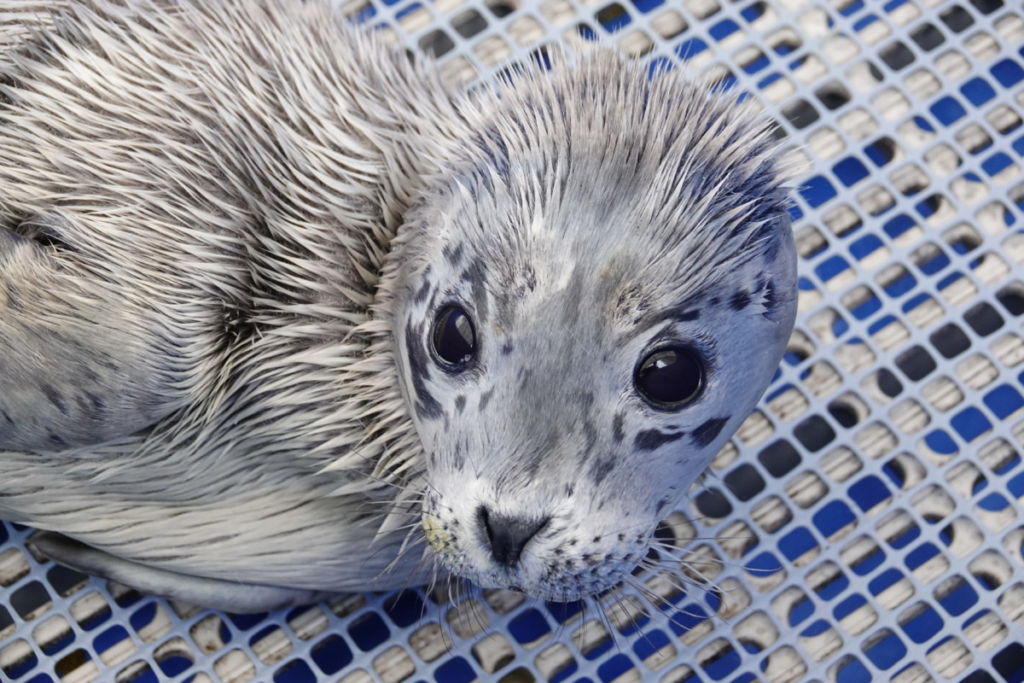 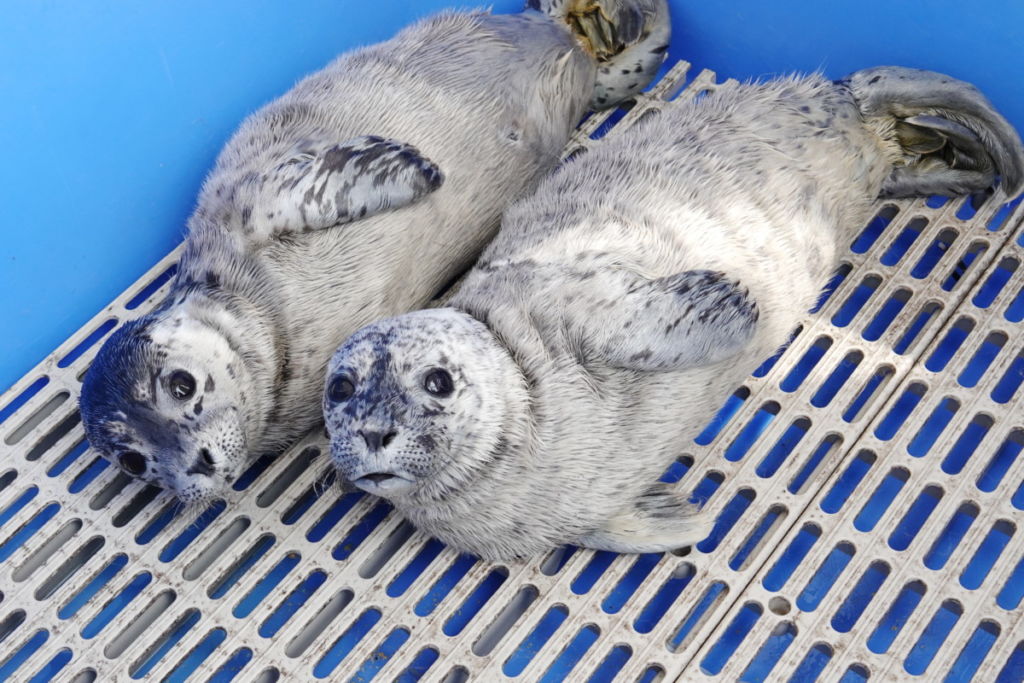 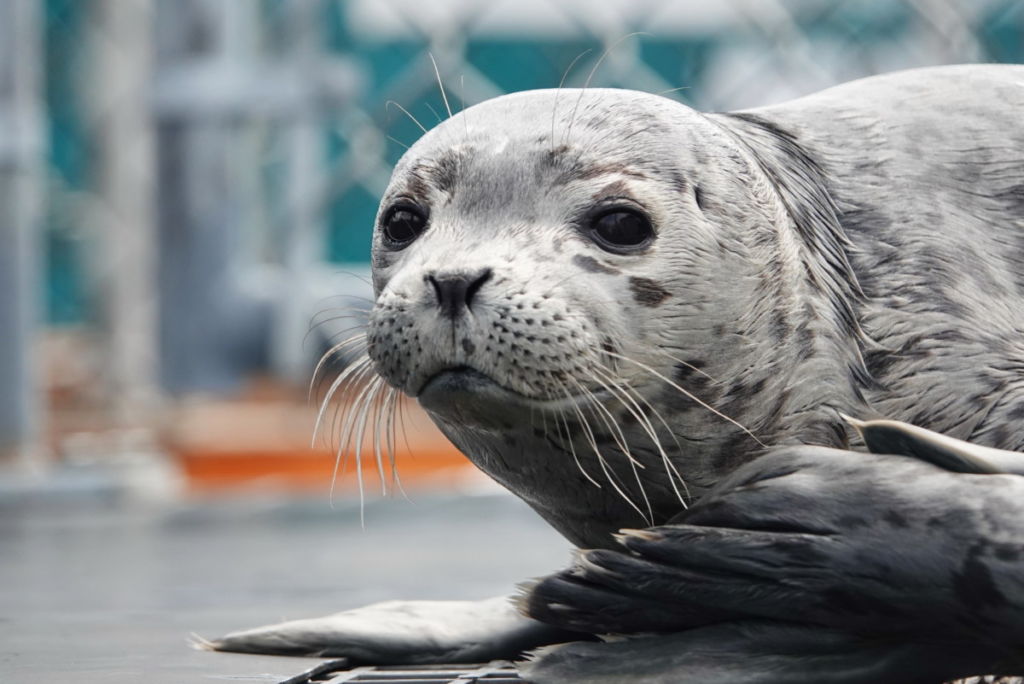 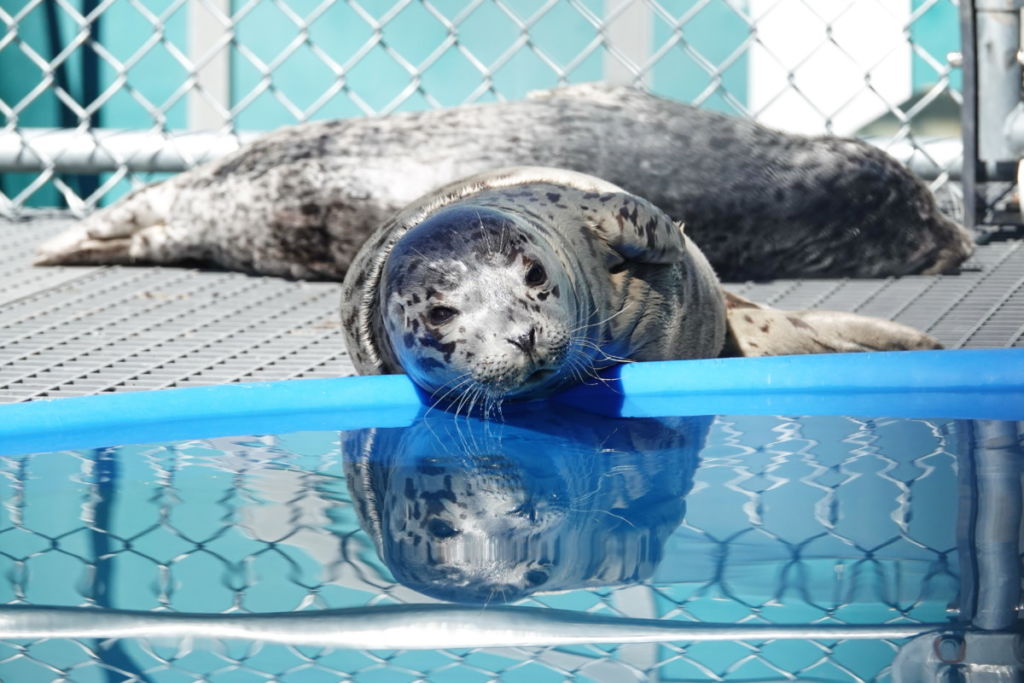 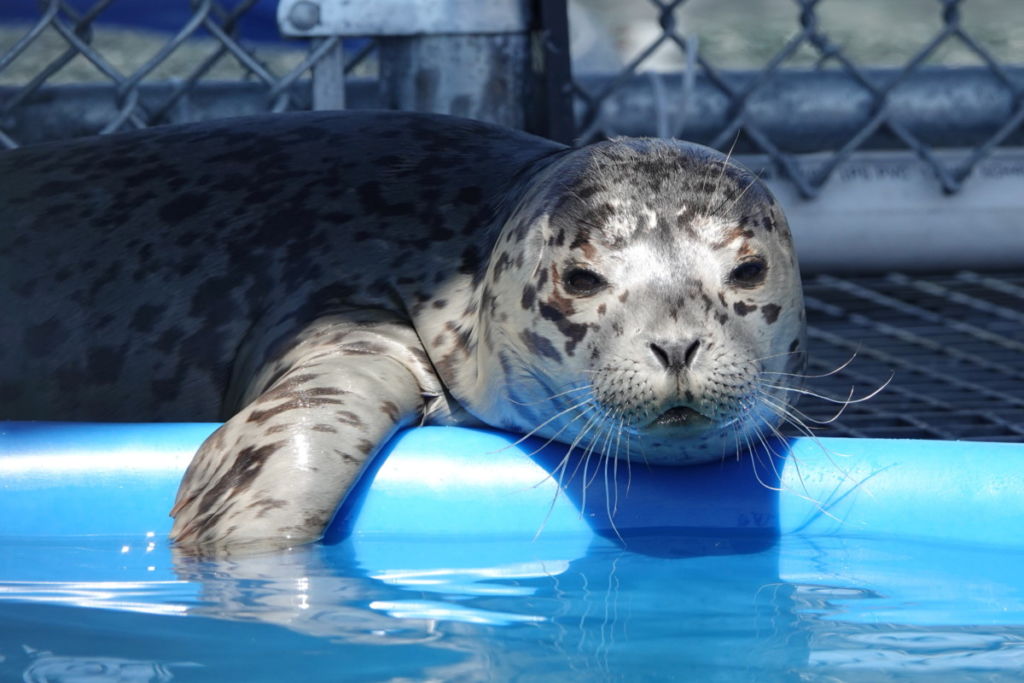 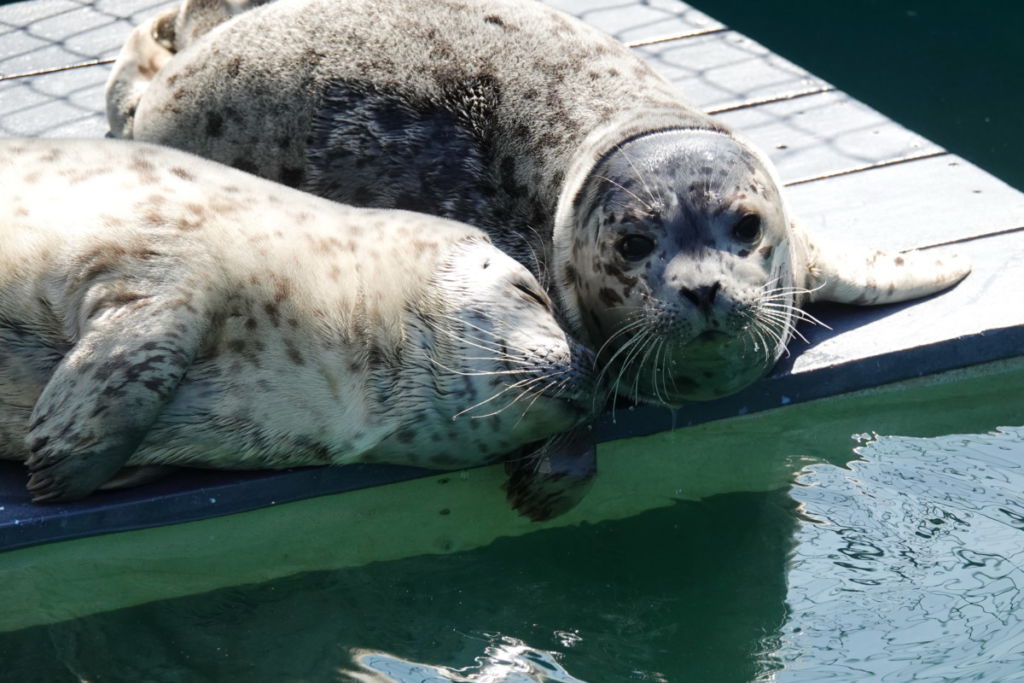 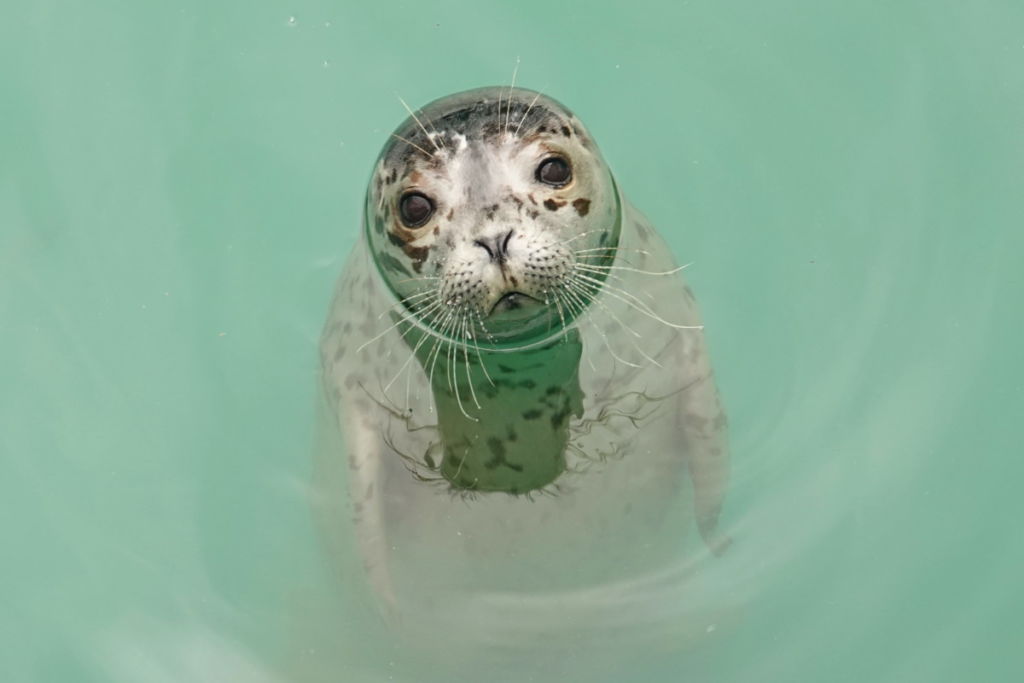 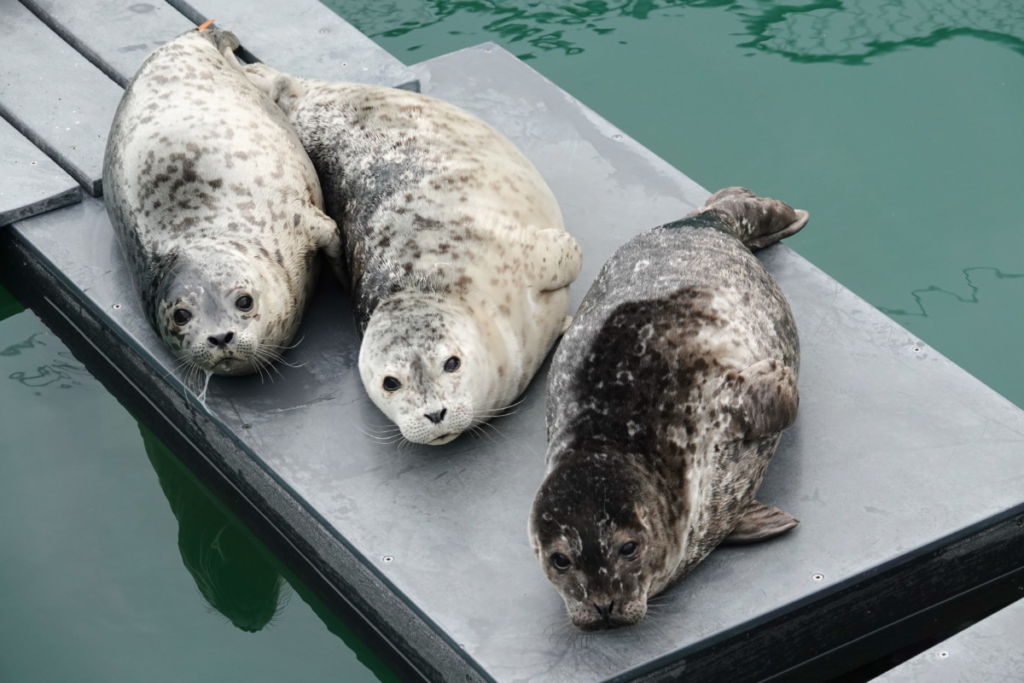 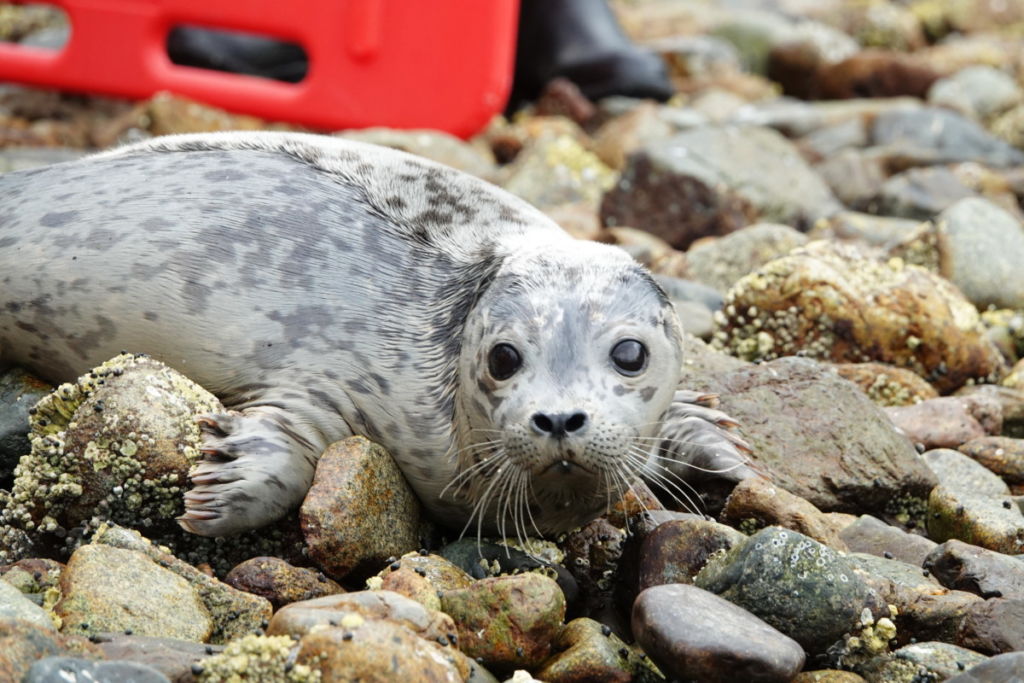 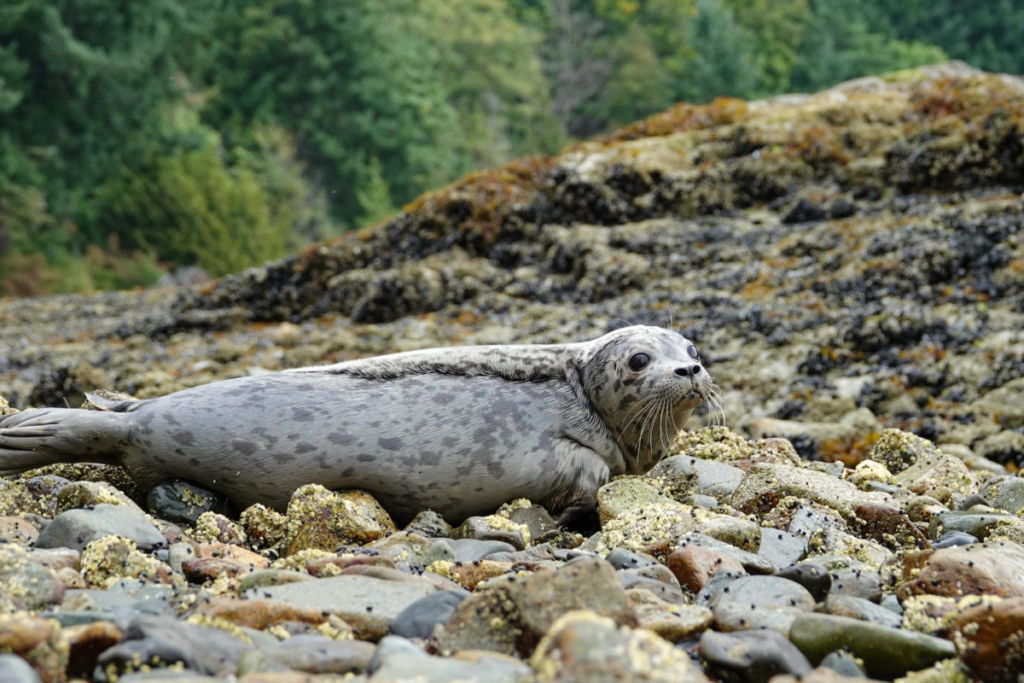 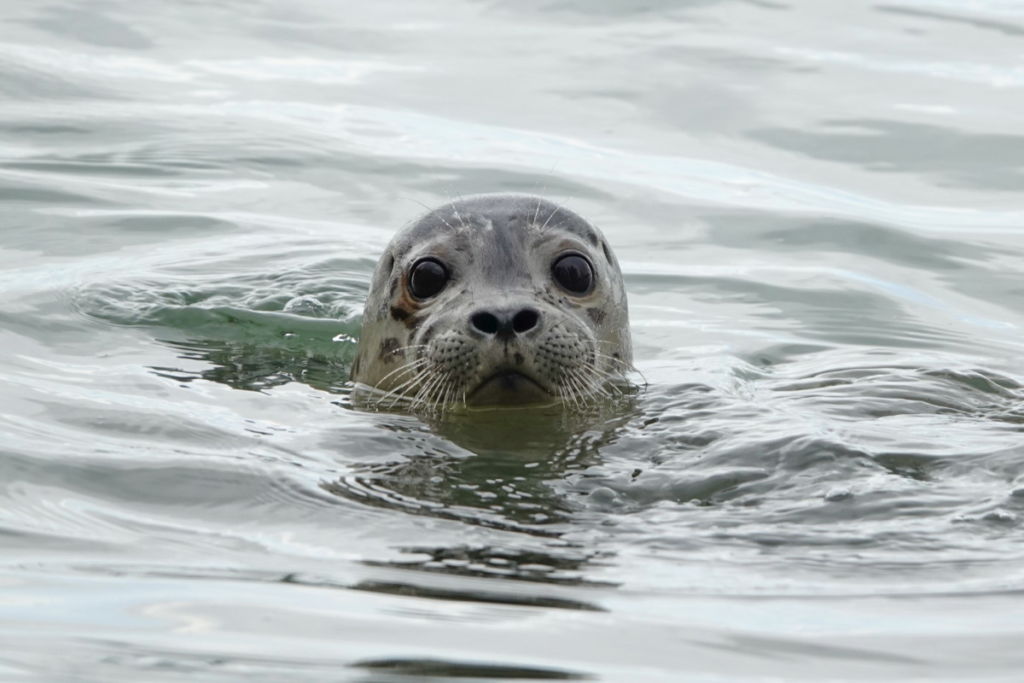 Meghan Mackerel was released after 59 days in our care.

"Meghan and Prince Herring were released together. Meghan was the first to head into the waves, while the Prince needed some gentle encouragement, before he also made it into the water ─ very carefully. They were both seen in the area for some time, before they disappeared in the deeper waters of Howe Sound..." 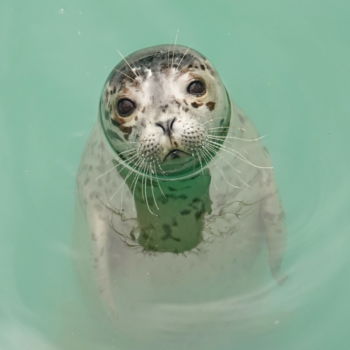 All grown up! Meghan has gained a lot of weight and is already looking like a proper seal. Well, a small version of it. 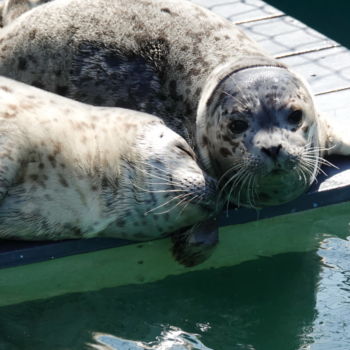 Meghan and Prince Herring are still spending a lot of time together... now in one of the largest pre-release pools. 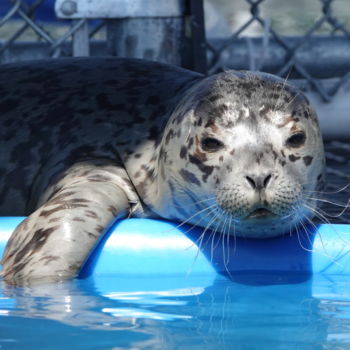 This lady surely loves her temporary home. One flipper in the water, chilling by the pool... 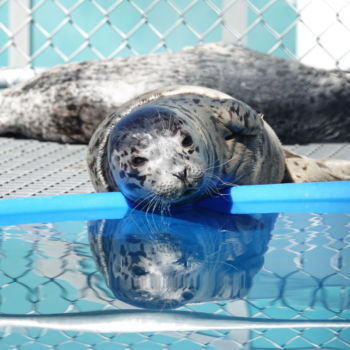 Meghan and Prince Herring are no longer on their own. They've been joined by a bunch of other pups. 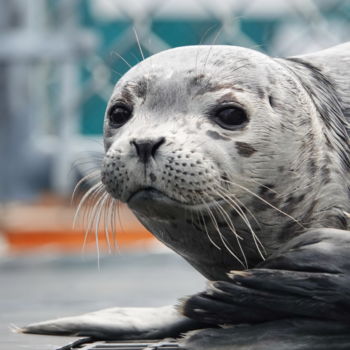 Meghan and her pool-mate Prince Herring seem to be getting along well. It's funny that we can tell them apart just by their vocals... and Mrs Mackerel definitely sounds much more royal than the Prince.

Meghan is still in a tub together with Prince Herring (together, we call them "the royals"). She is already being weened and swallowing fish on her own!

If you would like to share a story about Meghan Mackerel or leave any comments or well wishes, this is the place to do it.