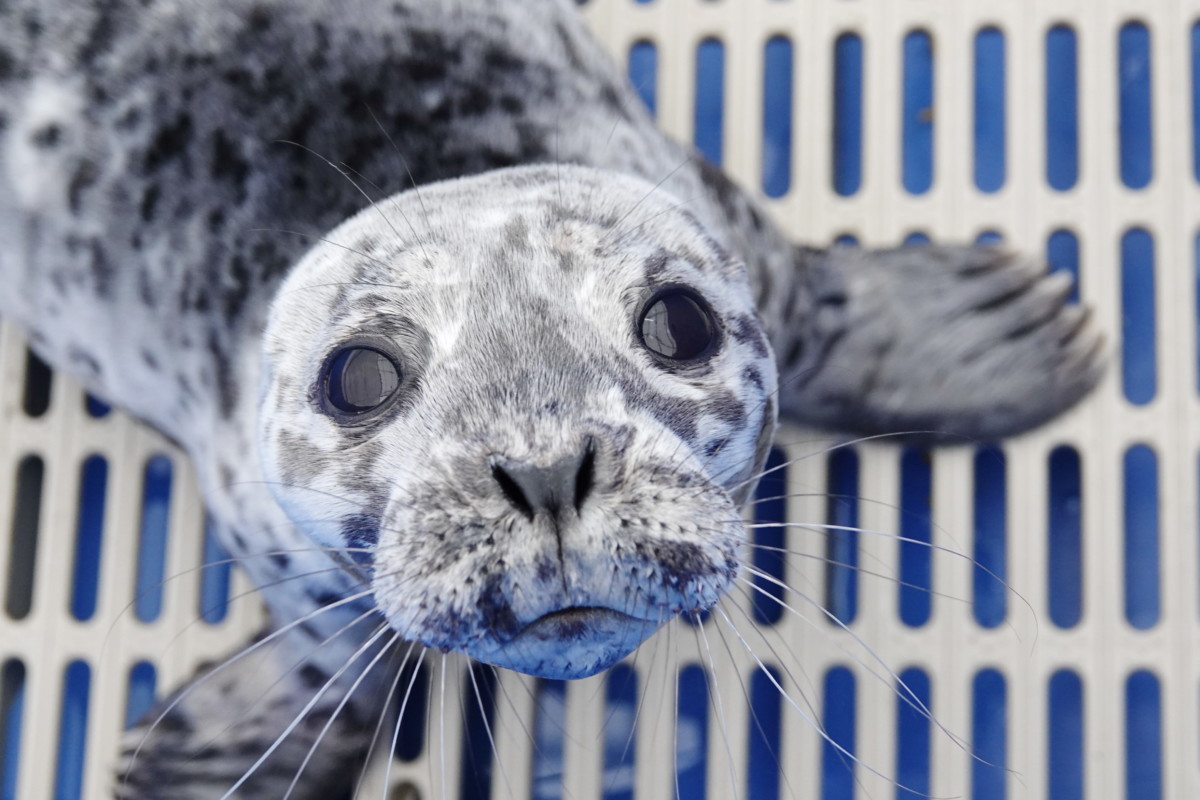 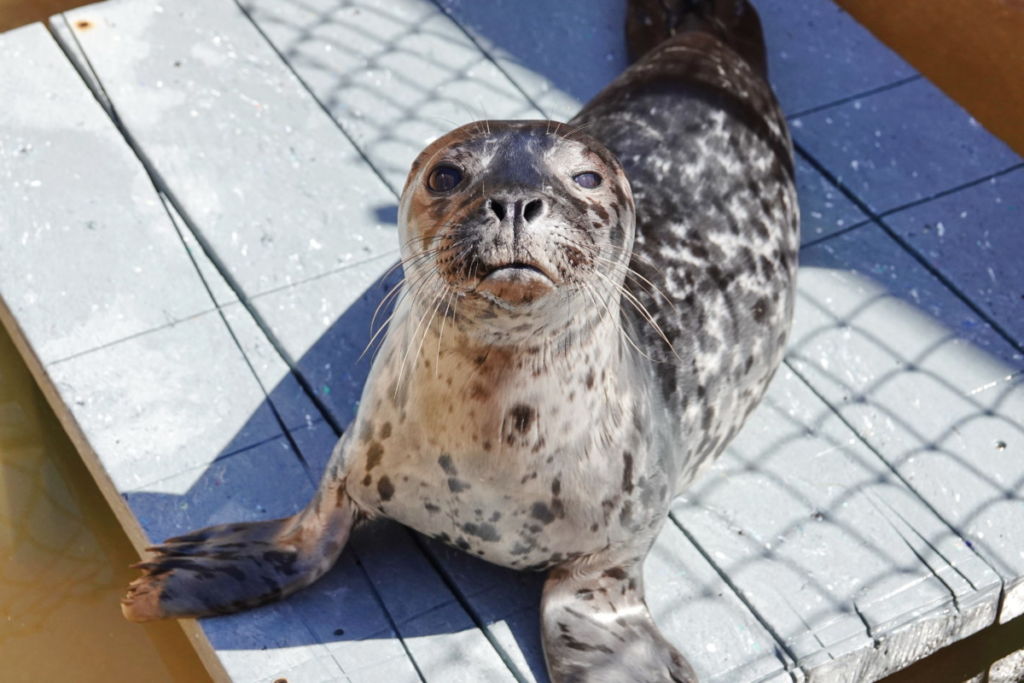 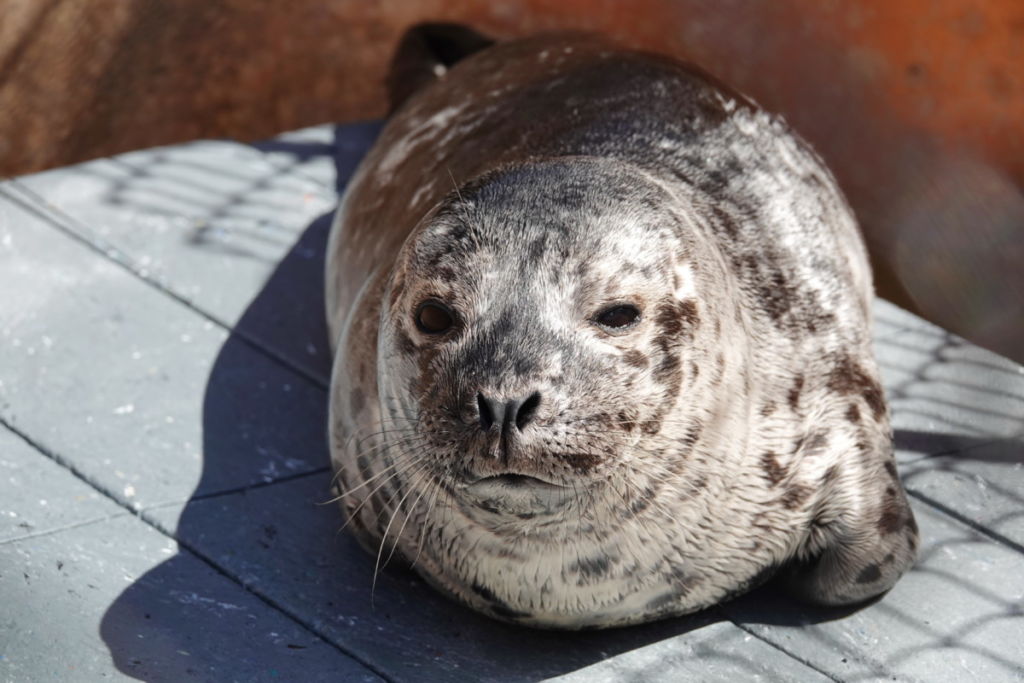 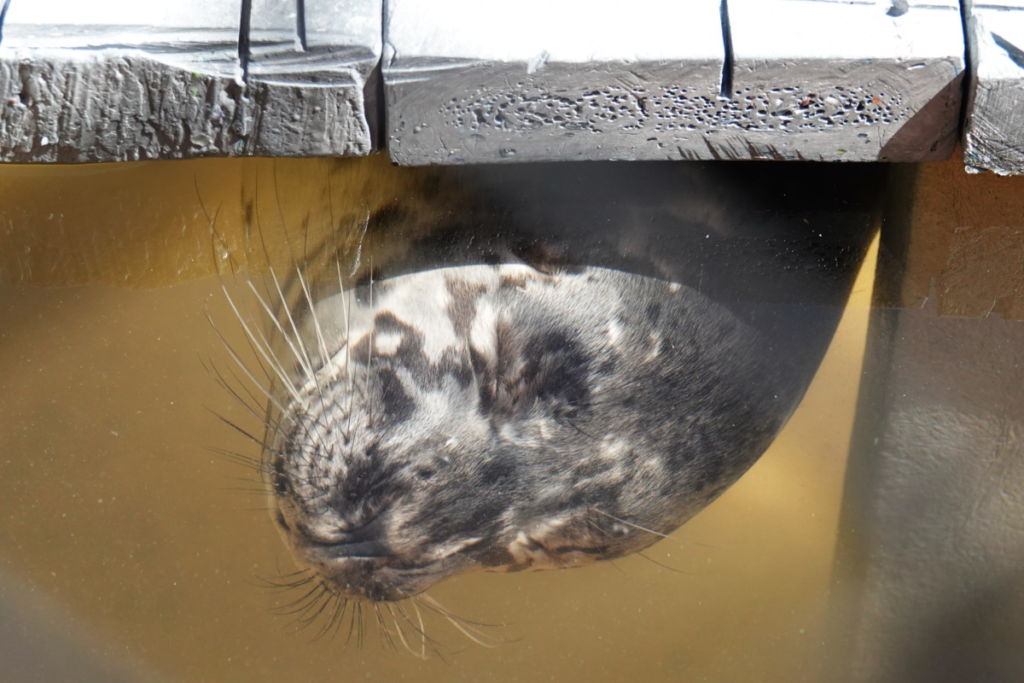 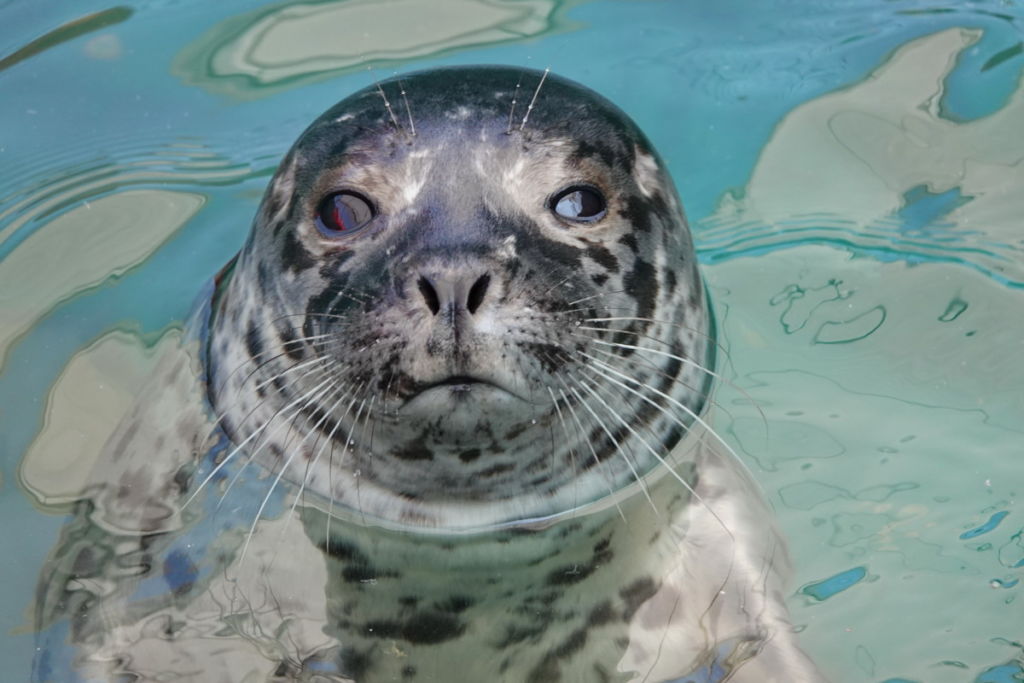 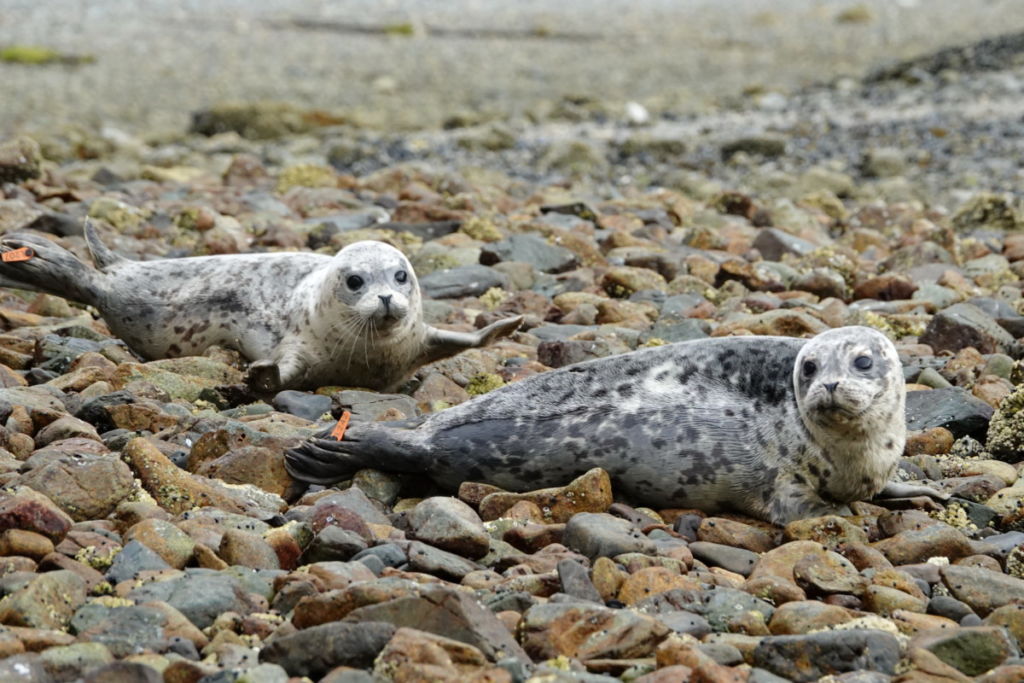 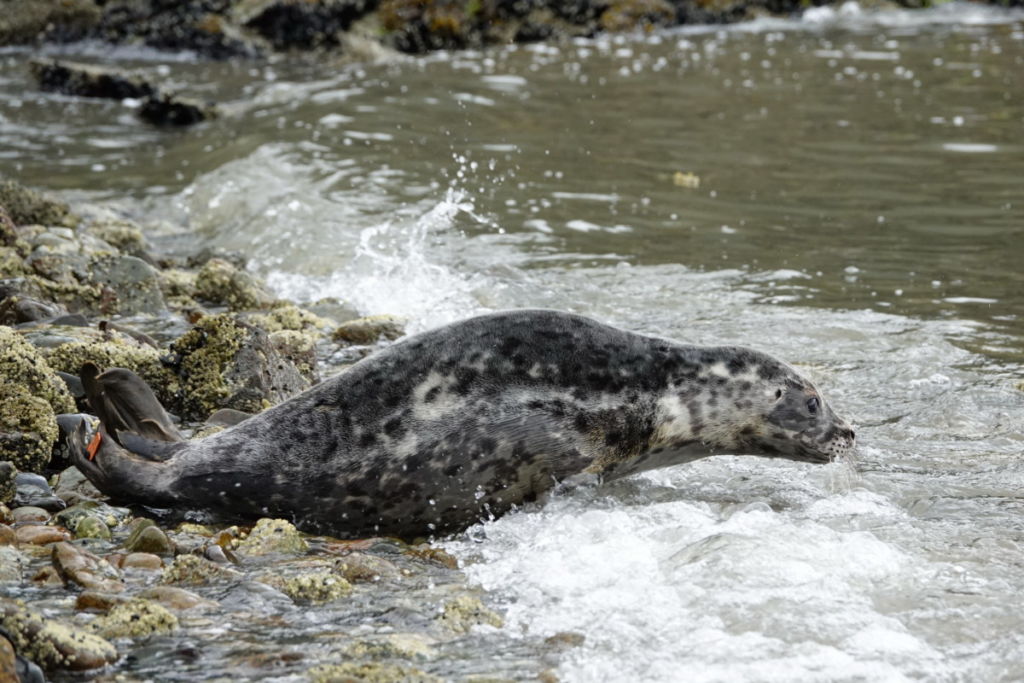 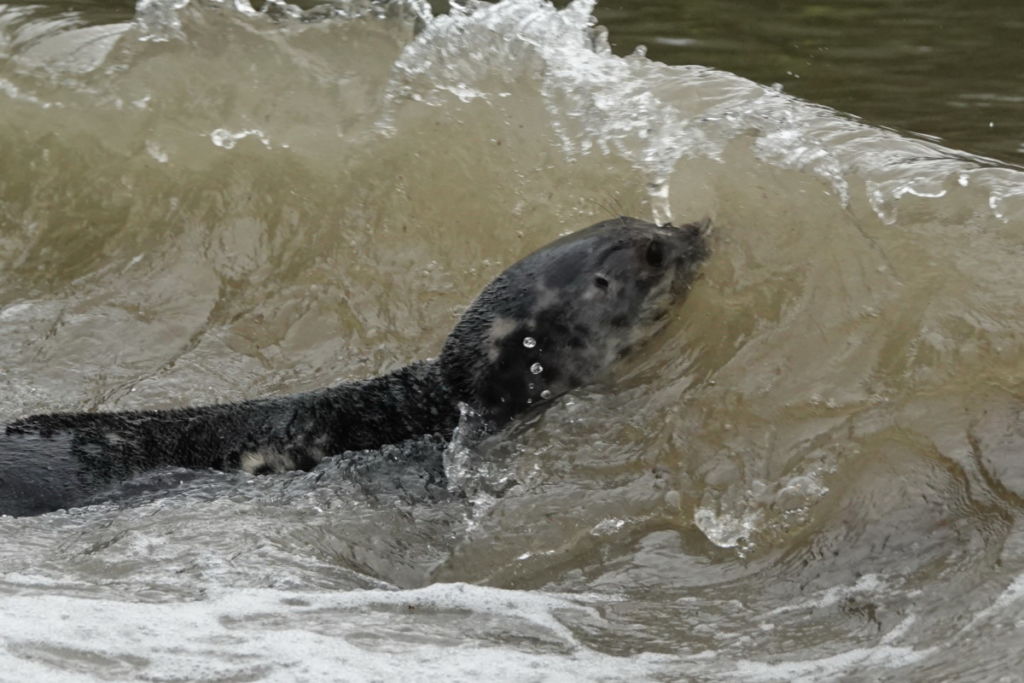 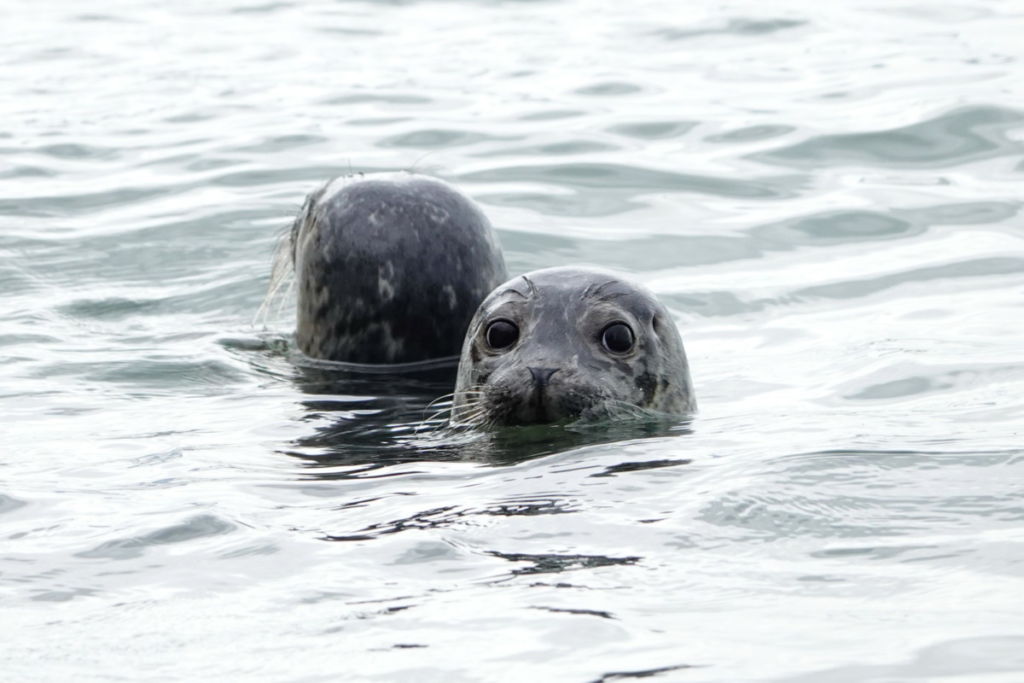 Panda was released after 50 days in our care.

"Panda was one of the first to head into the water, after which he spent a lot of time exploring the area ─ all in the comfort of some of his »old friends« who had been released with him."

Panda has moved to one of the largest pre-release pools. He's looking great... and all that's left for him now is gain some more weight! 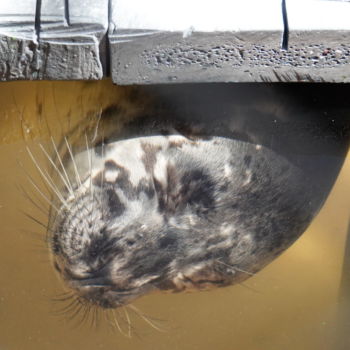 We couldn't find Panda when we came to check in on him... until we located him in the water, underneath his haul-out... that's one way of dealing with a heat wave! 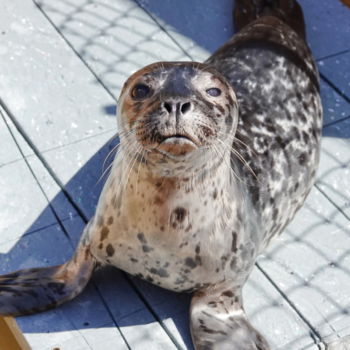 Go Panda! He's already been upgraded to a larger pool!

Somebody's getting teeth. We just hope he doesn't use them on us too much...

If you would like to share a story about Panda or leave any comments or well wishes, this is the place to do it.